An interview with a Business Development Manager in Quantum – Kevin McIver, QuantIC 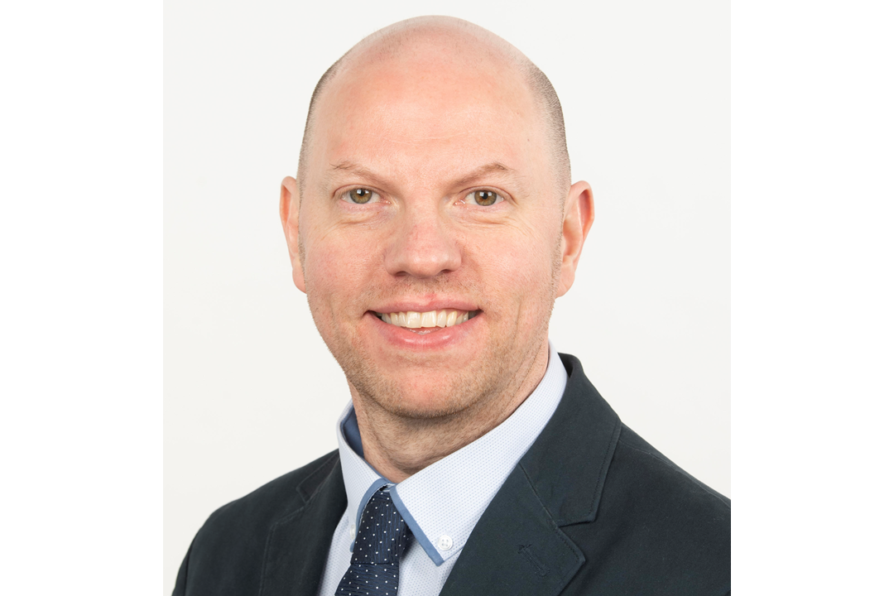 Having studied for a degree in mathematics and physics, Kevin McIver went on to become a high school physics teacher for a number of years, before moving into a role within vocational education where he worked to support companies and trade unions to provide training to their staff. Kevin subsequently moved into a business development role at the Institute and Faculty of Actuaries before he married his business development skills with his background in physics, in 2017, to become a business development manager at QuantIC, the UK Quantum Technology Hub in Quantum Enhanced Imaging. We caught up with Kevin to find out more about his journey into quantum, what his role at QuantIC involves, and advice he’d give to others hoping to take up a similar career.

You have a background in physics but worked across a variety of roles before joining QuantIC as Business Development Manager, can you tell us more about your journey to working in the field of quantum?

So, after graduating in mathematics and physics, I started my career as a high school physics teacher, which I worked as for five years. I was then given the opportunity to work in vocational education where I headed up joint activities with industry, academia and trade unions working to upskill staff. I firstly worked within the transport sector and then in the central government, this was across a 10-year period. I helped people to gain management skills, employability skills and so on. More specifically, I liaised with employers and universities to try and get attendees time off to attend the courses and to get the courses into the workplace, so that there were as few barriers as possible facing people who wanted to participate. In 2013, I moved to become a business development manager at the Institute and Faculty of Actuaries, the oldest governing body for actuaries across the globe. This role involved advancing actuarial science through research and I worked to leverage funding from major financial institutions for PhD studentships and other long-term collaborative projects. The experience that I gained in forging these kinds of programmes of work and building collaborative relationships between industry and academia across a number of sectors helped me secure the role at QuantIC four years later. I found that my previous roles had taken me further away from my background in physics and so when the opportunity came up at QuantIC it was great because it still involved working with academia and industry but within physics, which I really enjoy and have a passion for. Interestingly, at university, I was more interested in astrophysics than quantum, so the total opposite end of the scale! It’s been a bit of a varied journey, but there’s a common theme of working to connect industry and academia running throughout.

What transferrable skills do you think you have gained throughout your career and what do you think are the most important skills for a career in business development and in quantum?

Business development is all about relationships, therefore good communication skills are a key attribute that I’ve developed over the years. I’ve learned that it is essential to build up trust and credibility with stakeholders. Getting out and actually talking to people, listening to them and then understanding their motivations is key to this, you can then use good influencing skills, when necessary. You’ve also got to be flexible as you work with a wide range of stakeholders so you’ve got to work to understand their different priorities and identify where there could be conflicting priorities.

I’ve also shown an adaptability when working in areas initially unfamiliar to me and being able to get up to speed quickly, which is important. I knew absolutely nothing about actuarial science when I started that role, and so I had to learn lots of jargon to be able to speak it confidently early on. With QuantIC, having the physics background obviously helped me but there were still different quantum elements that were new to me, so being adaptable really helped me in the beginning. What I always say to people working in a role like mine is, you don’t need to know everything in this field, you just need to know the key aspects of the technologies and the research to enable you to have initial engagement with industry before you then bring in the experts.

What does your role as Business Development Manager of QuantIC involve and what would a typical day at work be for you?

I’ve been in the role for four and a half years now and I’ve developed and supported a broad stakeholder portfolio. QuantIC has over 120 researchers across 8 universities, and we’ve had meaningful engagement with over 100 industry partners from small to medium sized enterprises to large corporations and other stakeholders like funding bodies. The main aim of QuantIC is to accelerate the commercialisation of emerging quantum technologies and the best way to achieve that is through collaboration between the academics and industry, which is where I come in.

In terms of day-to-day, my role involves engaging with academic researchers and industry practitioners, encouraging their participation, and supporting them to collaborate. I do this through a variety of approaches; sometimes I meet with people for discussions on a one-to-one basis, other times I set up meetings to facilitate discussions between academics and industry. We also host and exhibit at events and conferences, which enables us to provide an insight into the research being carried out at QuantIC and also helps to establish synergies between the technologies and the needs of industry, therefore encouraging collaborations.

Obviously your role involves a lot of meetings and travel, has it changed significantly throughout the pandemic and, if so, do you think the changes will remain?

That aspect of it, getting out and about, has really changed. Attending conferences, events and workshops hasn’t been possible in-person, but we are slowly but surely getting back into that. I think, with the wonder of Zoom and Microsoft Teams and so on, we’ve been able to carry on, I’m not sure where we would all be without those platforms now! We’ve all developed skills in using these platforms and there are a lot of benefits to them (although some disadvantages too). For example, you can still be effective working remotely, without the need to travel and increase your carbon footprint. I think we’ll consider whether travel is really necessary more in the future.

What work experience would you say could be beneficial for someone considering a role in business development?

As mentioned previously, good communication skills are key to building relationships and working closely with stakeholders to identify and support their needs. It would be good to have some knowledge and experience of working and communicating with academics and industry and an understanding that they are very different cultures. It also helps to have the ability to and experience of developing trust and relationships with people. Having been in this role for a number of years, I now find that companies contact me because they know they’ll get an answer, I’m reliable and quick to respond. That type of rapport has taken time to build and being approachable has been really important for that. I also think to be successful in a business development role you have to be able to facilitate and guide discussions between stakeholders. It’s one thing setting up a meeting and then letting people talk, but sometimes you need to bring that together and influence the right people at the correct level to contribute as well, so some facilitation experience would be beneficial.

I think the whole UK National Quantum Technologies Programme is really exciting. Over my time working at QuantIC I’ve worked closely with the other Hubs and I’ve had the opportunity to explore some of the exciting technologies being developed by each of them, from the quantum sensors with applications in healthcare, transport, navigation, etc., to the acceleration of quantum computers, the development of quantum secure communications and obviously the quantum enhanced imaging technologies being developed at QuantIC – it’s all very exciting! Within QuantIC itself we are developing quantum imaging technologies that have the potential to massively disrupt our lives for the better. Our technologies have applications in healthcare and future autonomous vehicles, they could positively affect climate change and provide solutions to make the world safer and more secure. I wouldn’t pull out one particular technology as my favourite, there are a lot of, let’s say ‘James Bond type’ technologies, being developed at QuantIC, which will give people the ability to see round corners, to image invisible gases and things like that, so I couldn’t choose just one! Overall, what I look forward to most is living in a world where technologies from across the National Quantum Technologies Programme, some of which I perhaps supported, are being used all the time and are making life better and safer for others.

In terms of the National Quantum Technologies Programme, I think it’s made great strides in driving a new generation of devices and systems that will really make an impact on our everyday lives. It’s been widely acknowledged that the Programme’s strategy is a long-term strategy and so my hope is that there will be a continuation of the Hubs beyond this second phase, and this will support the disruptive technologies being created in the university labs to be commercialised into future products.

For me personally, I would really like my role to be integrated or embedded within the wider university. If QuantIC was to end, my job would end with it, but I think it would make sense for the university and the sector for my role to continue regardless of whether the Hub did. If after the Programme finishes that was not the case for people in roles like mine, a wealth of knowledge and experience would be lost.

Having a career in science, technology, engineering or mathematics is really rewarding. You can gain an insight into exciting, impactful and game changing research. I think it’s great working with world leading academics, sometimes I actually have to pinch myself when I speak with them because it’s easy to get used to it and forget that you are working with such world-renowned academics. The National Programme is really building people up and providing career development, right from PhD level, it’s very inspiring and fulfilling to see. By getting involved, you have the chance to play a part in something that is world changing and years down the line could really make a difference to people – it’s so exciting!