An interview with a Civil Engineer in quantum – Professor Nicole Metje, University of Birmingham 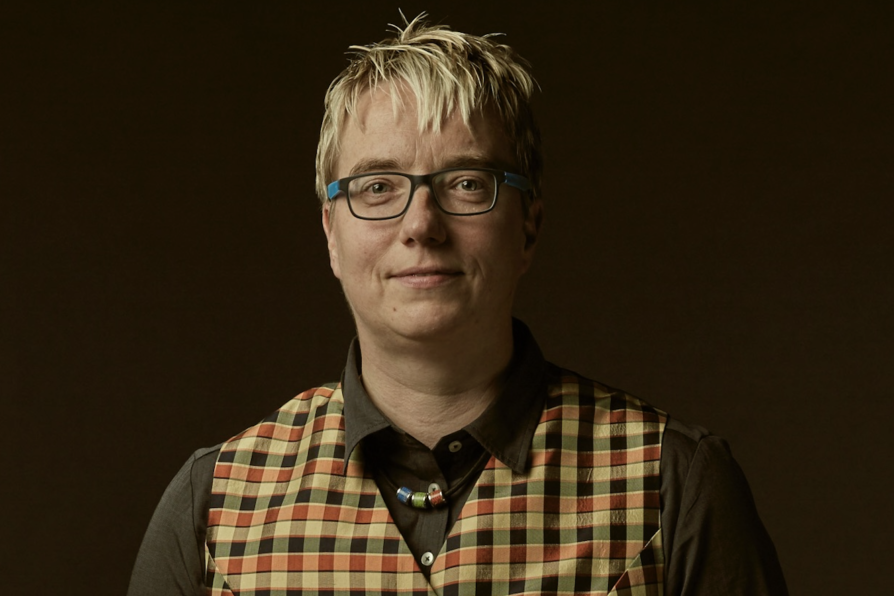 Having obtained an undergraduate degree in Civil Engineering from Hannover University, Germany, Nicole Metje moved to the UK to undertake a PhD in Civil Engineering with a focus on sediment erosion processes along coastlines. While her original interest was in protecting coastlines, Nicole also had an interest in tunneling and buried infrastructure which ultimately led to her current academic position and subsequently, her work in quantum. Nicole has had a broad ranging career and is now leading work on the application of quantum gravity sensors for civil engineering and geophysics, as part of the UK Quantum Technologies Hub for Sensors and Timing led by the University of Birmingham, and funded through the UK National Quantum Technologies Programme. We caught up with Nicole to find out more about her career path, how quantum technologies link with civil engineering and the applications of these technologies.

My PhD was looking at sediment erosion processes along coastlines, so something completely different, but I’ve always had an interest in tunneling and buried infrastructure too, which is what I have pursued in my academic career. Both have dealing with natural processes (water waves) and natural material (the ground) in common, which are difficult to predict. Part of my work as a civil engineer is to better understand what the ground conditions are like, for example for construction sites, where the ground poses a significant risk. I am interested in finding out whether things such as pipes or cables, or perhaps mineshafts and suchlike, are lurking beneath the ground surface, in order to de-risk any potential excavations. Usually, these things have been buried for a reason, it’s kind of like ‘out of sight, out of mind’ in a way, we don’t want to look at lots of overhead cables and so on, but that means we can’t see them and we can’t assess their condition, meaning they can deteriorate or cause problems further down the line. As part of my work, I spoke with someone at the UK Quantum Technologies Hub for Sensors and Timing who said they may be able to help me in this area and that’s where my interest and work in quantum began. If you’d have asked me 10 years ago if I would be working in quantum technologies, I would have probably laughed at you and said no, but that’s what makes it most exciting. I’m so passionate about the applications and I think the collaboration between physicists, civil engineers and geophysicists is so exciting.

Are quantum sensors superior to classical sensors or just different?

I’d say quantum sensors are just completely different and this difference is what makes them superior to classical technologies. The instruments that we use as engineers to measure gravity rely upon mass on a spring, however, the mass on the spring is affected by changes in temperature, for example, when the spring extends or dilates, and although it’s controlled quite well, it does get affected by external noise, which for us is any signal which does not represent the signal of interest. The quantum gravity instrument does something similar, but rather than using a mass on a spring, it uses atoms as test masses that are dropped, and rather than using a spring, we use a laser to measure changes. What makes it most exciting for me is that, when used in a gradiometer configuration, some noise can be suppressed in the quantum instrument, making it superior to its classical counterpart.

Another major advantage is that, unlike some other current geophysical technologies such as Ground Penetrating Radar, which rely upon electromagnetic signals that ultimately have a limited penetration depth, gravity sensors can theoretically measure to an infinite depth, meaning they can give information on assets buried deeper underground.

What are the main applications of your work on quantum gravity sensors and how will they impact upon the world we live in?

There are many different applications of this technology. One of the most obvious applications that a lot of people can relate to is the development of HS2. There have been quite a lot of additional costs incurred throughout the project due to unforeseen ground conditions. It’s not the case that ground investigations haven’t taken place, a lot of methods including invasive tests have taken place, however, clearly with this being such a long stretch of railway infrastructure, only a fraction of the material could be sampled. A sensor that could cover a large area relatively quickly would enable additional information to be obtained and would certainly de-risk projects like HS2, reducing project delays and costs. Similarly, companies often want to build on brownfield sites, areas where, for example, old factories might have been, but the plans of the sites are either not known or are not very accurate. Existing instruments used to assess the ground conditions below the surface have their limitations, and this is where the quantum gravimeter or gravity gradiometer really comes to the forefront. This could mean that some brownfield sites might be more attractive to developers because there are fewer unknowns and thus, the risk of developing the sites is reduced. In turn, this will help us, as a country, to preserve our greenfield sites.

Other examples include the detection of sinkholes before they become sinkholes, military applications such as tunnel detection in hostile territories, border security, environmental monitoring and volcanic monitoring to name just a few.

How close do you think we are to having some of these technologies that you mention in use?

That’s quite a difficult question because I would like to say it’s soon, but, I think at the end of the day, it is research, although, we have made quite a big step forward. At the moment we’ve got a research instrument that’s been out in the field i.e., outside on the University campus, trying to detect buried assets. We are also working with a company who are building the first commercial prototype instrument as part of the Gravity Pioneer project (an Innovate UK funded project). So, we’re reasonably close to having these sensors becoming available but I think there’s still a few steps before the instrument will be rugged enough to go out on a muddy, dirty construction site. We’re at the stage where soon we will be able to demonstrate it to end users, I think this may even take place next summer. COVID-19 hasn’t helped as it’s delayed us a bit but I’d expect demonstrations to industry to take place within 12 months. With regard to quantum sensors that you can buy off the shelf, I think we’re talking quite a bit longer before that will happen.

What does your day to day job entail and is there such a thing as a typical day for you?

Well, I think as any academic will recognise at the moment, a lot of my time is spent on Zoom calls right now! Ordinarily it’s quite difficult to talk about a typical week though. I’m a civil engineer, but also an academic. As an academic, I teach a variety of things, I look after undergraduate students, PhD students and postdocs (postdoctoral researchers). When I’m not working with students I attend a lot of project related meetings, many of which are quantum related, although not all of them. As a senior academic, I don’t spend much time in the lab or on field trials but I always try to get out as much as I can, even if it’s just morally supporting my team with a hot chocolate! I also write publications and review papers and give presentations at events to publicise our work.

What transferable skills do you think you’ve gained throughout your career journey and what advice would you give to young people who hope to pursue a career in STEM, particularly in quantum engineering?

I do a lot of work with industry and I’m on quite a few national and international committees, and I think these experiences have really helped me to develop the skill of being able to talk to people from industry and understand how industry works. People working in industry have different expectations to those in academia, but they also bring in some really interesting new perspectives, and I think because I embraced this quite early on in my career, it’s really helped to be able to work well with industry. I think if people have the chance of working with industry, they shouldn’t be afraid, they should embrace it.

I’d also say you don’t have to be a physicist to be involved in quantum. The Hub is a nice example of where lots of people from different backgrounds, not just physics, have come together, it includes electrical engineers, civil engineers, materials experts and so on, and I think that really is what makes it quite unique because people may not have collaborated in this way if it wasn’t for the UK National Quantum Technologies Programme and Hubs. Quantum is a broad field and, as a civil engineer, I didn’t expect to be involved but I’m glad that, through this collaboration, I’ve been able to work with people from many different disciplines to tackle these problems.

I’ve always worked as part of multidisciplinary teams and across disciplines and again, although it is not something I expected to do when I first started, I think it really helped me with my career. I started off this interview saying I never expected to work with physicists in quantum technologies, but in a way, I did, I was prepared to work with people from different disciplines from the start. I’d encourage people to think a bit outside of their discipline, you have to accept that sometimes you speak different languages and it’s all English most of the time, but words mean slightly different things and over time you learn the difference and how to translate.

Finally, I would also say, don’t be worried about making a decision to pursue something, I think there are always opportunities to come out of a niche and translate across to new areas, you just have to accept that you might have to learn something, and as long as you’re excited about it, then you can do it.

What are your hopes for the future in terms of your work?

I would like to see the sensors that we are developing as part of the Quantum Technology Hub and associated projects to be available commercially. I would like industry to be able to buy or rent them and ultimately, I want to make any excavation safer. I just don’t want to see people getting injured or losing their lives because of damaging something or hitting something that they didn’t know was there. The quantum instrument that we’re developing will be superior to existing instruments and therefore it could be a really nice ‘tool in our toolbox’ to battle this issue surrounding unknown ground conditions.