An interview with a Mathematician in Quantum – Professor Roger Colbeck, University of York 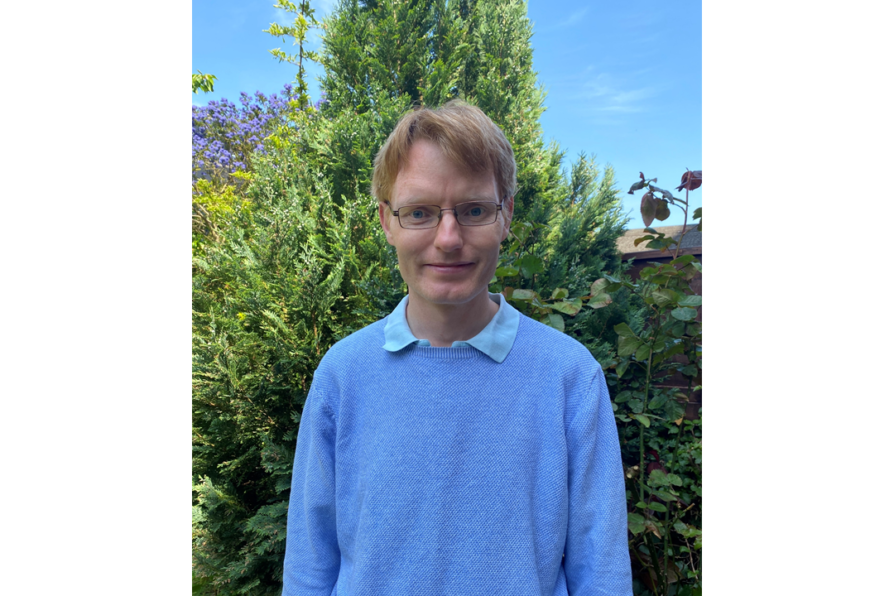 Having studied Physics, Chemistry, Maths and Further Maths at A Level, followed by an undergraduate degree in Natural Sciences at the University of Cambridge, Professor Roger Colbeck embarked upon a PhD in mathematics, also at Cambridge, which was the start of his career in quantum. Roger then worked as a Junior Research Fellow at Cambridge before moving to ETH Zurich and then the Perimeter Institute in Canada, to work as a post-doctoral research associate. Roger arrived at the University of York in 2013 where he still works today as a Professor of Mathematics, working on several projects, including the Quantum Communications Hub. We caught up with Roger to find out more about his career path, his work in the field of quantum and any advice he would give to others interested in pursuing a similar career.

Can you tell us a little bit more about what interested you about the field of quantum and what inspired you to become involved in quantum information in particular?

This probably started when I first learned about quantum mechanics as an undergraduate and I discovered how surprising and peculiar it is. It seemed like a whole other world, which I found intriguing, and so that’s when I started thinking this might be a field I would like to go into. I almost went into astrophysics, I don’t know exactly what moved me away from that, but I was finally swayed by the fact that in quantum you combine aspects of mathematics, physics and computer science in a neat way and can work on things that have direct applications. In the back of my mind, I was always thinking about the foundations of quantum mechanics as well and the nice thing about some aspects of quantum information is that they deliver applications for some of those foundational aspects, so Quantum Information provides a way to work on both the fundamentals and applications.

Can you tell us a little bit more about what your role involves and what a typical day at work is like for you?

Being an academic is like doing many jobs at the same time with teaching, research, and administration all competing for my time. The teaching comes in concentrated bursts and then there are breaks where I don’t do any for a while. In terms of research, how a typical day goes has changed a lot over my career as I’ve become more senior. At the start, when you do a PhD, you seem to be doing reading, writing and doing calculations most of the time, whereas now in some projects I act in a more advisory role. I have post-doctoral researchers and PhD students who I work with and I try to generate good projects for them to work on and steer them in the right direction through them, where required. They’re the ones who are doing most of the calculations now, at least in the first instance. I don’t think there’s necessarily a typical day: I might be teaching a class, marking homework, attending an administrative meeting, having a research discussion, reading a paper, editing a draft or thinking about a good new project and how to gain funding for it.

Your work involves quantum cryptography and quantum random number generators, can you tell us more about what each of those are and what they will mean for our everyday lives?

In terms of quantum random number generators (QRNGs), arguably the only way to make truly random numbers is to use quantum processes. With classical technologies, you can make random numbers if you make assumptions about how powerful your adversary is or what kind of computational problems they are unable to solve, or find it very difficult to solve. Using quantum mechanics allows us to go beyond this. Alongside providing guaranteed random numbers QRNGs provide advantages in terms of the rates at which the numbers are produced, which is why a lot of companies are very interested because producing random numbers quickly and cheaply is very useful for a wide range of applications. One application of QRNGs would be for online casinos. Casinos want to make sure that nobody can work out what random numbers are in advance, because if people know what a casino was going to do in advance, they could ensure they made the right bet; using a QRNG could prevent this. Another application of QRNGs is simulation. For example, for the simulation of weather or cloud patterns in the atmosphere, because there are many unknowns involved, some randomness has to be added and QRNGs can be helpful there. QRNGs can also be used in cryptography since cryptographic schemes always require random numbers in order to be secure.

What transferable skills do you think you have gained throughout your career and what do you think are the most important skills for working in a role like yours?

A skill that you learn as a researcher, and that is really key, is being able to evaluate evidence and to work out what’s important and distill it in order to find a way forward with something. Doing research is like constant problem solving and often you’re trying to solve problems that don’t even necessarily have an answer or certainly the answer could be very different from what you expect at the beginning. Problem solving is really transferable and absolutely crucial. The knowledge of the quantum mechanics itself is probably less widely transferable because most of the world doesn’t operate on a quantum scale.  It might initially seem surprising, but interpersonal skills are very much required in this role: you need to be able to work with people, collaborate with them and persuade them to take up your ideas. Stereotypically, one might think of a mathematician as hermit who hides away working out complicated equations, but that’s far from the real situation. Working in a team where different people have different ideas and bring different skills is really important for scientific progress.

What experiences do you think are valuable for someone hoping to hold a role like yours?

I think if you want to go into quantum technologies, one of the key things is to obtain is a strong mathematical background, because this is always the machinery that we use in our work. So, I’d say start by studying physics and maths at A Level and degree level as they are fundamental to this field. Also you have to have quite a flexible mind in terms of developing an intuition for things that are very counter-intuitive. In a way, you have to be able to throw away your classical prejudices and start to think in a different way. I’m not sure what you can do to develop this but perhaps it’s more of a mindset and a way of adapting one’s thinking.

There are lots of areas that excite me. Of course, I’m prejudiced towards the things that I’ve been working on and, being a theorist, I’m usually working on things that are a little impractical in the sense that theory is typically a bit ahead of what experiments can actually achieve. In quantum that’s even more so the case because the quantum systems we imagine playing with as a theorist are so small it’s very hard to actually implement them without noise becoming an issue. It’s very easy for me to say, “if you could just do this, this and this, then we’d have a fantastic piece of technology” but it’s hard for experimentalists to build things with the performance required. This is why, for me, when someone builds something that directly comes from the theory that I’ve been developing, it’s really exciting. For example, just a couple of years ago experimentalists did the first proof-of-principle demonstration showing that with quantum random number generators you can expand random numbers using entanglement, which was developed from theory work going back to my PhD thesis, so it’s really nice from a personal point of view to see that. Another area that really excites me is quantum computing, there’s been a lot of really exciting progress in this direction as well.

I think it would be really like to see quantum technologies hitting the marketplace in a big way. On the security side, I don’t know whether we will use quantum for everything or whether we will mostly stick with classical technologies and use quantum for niche high-security applications, but I think it’s realistic to expect QRNGs to take off in the next 10 years or so with quantum key distribution and some other quantum communications technologies closely behind. The question nobody likes to answer is “when will we have quantum computers?” However, I am curious to see how these change the computing landscape, and I very much hope it’s within my lifetime!

I would say if this is something you enjoy then go for it! There’s a lot of exciting stuff out there still to be discovered and it’s really nice to be at the forefront of knowledge in the field. Sometimes you sit down and you work through something new and then you think “well, I’m probably the only person in the world that knows this right now!”, and that’s an exciting feeling and it’s great to share your discoveries with others. If you’re up for it and you enjoy it then I think this can be an enjoyable and rewarding career.