An interview with a Patent Attorney in Quantum – Dr Rachel Free, CMS 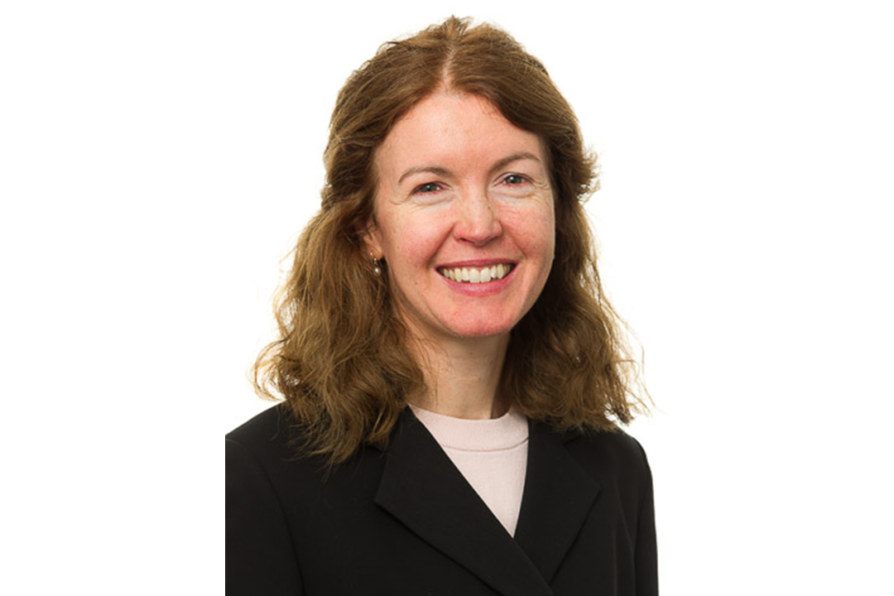 Having enjoyed studying all sciences at school, Dr Rachel Free decided to study chemistry at university to fulfill her dream of becoming a scientist. After a while, it became apparent to Rachel that this was not the course for her, and she swapped to studying experimental psychology. This is where Rachel’s love for Artificial Intelligence (AI) and Computer Science really took off. Rachel went on to study for a Master’s degree in AI before undertaking a PhD in Vision Science. Deciding that academia was not for her, Rachel explored the idea of becoming a patent attorney and embarked upon training to do so. Rachel now heads up a team of patent attorneys at CMS, an international Law Firm based in London, working on protecting computing related inventions, including some quantum technologies. We caught up with her to find out more about her journey to becoming a patent attorney, what the role involves and advice she’d give to others interested in doing the same.

You have a background in Artificial Intelligence and Vision Science and have worked as a Patent Attorney for a number of years, can you tell us a little bit more about how you came to working in your current role?

When I was at school, I really enjoyed science and I studied physics, chemistry and double maths at A Level. Science was my love and I wanted to be a scientist, so I applied to universities to study chemistry. After studying chemistry for a year, I found I wasn’t happy as the way that the subject was taught wasn’t suited to me, it mainly involved going to lectures and seeing somebody write chemical equations on a board, but I wanted to be doing more experimental work and finding out things through scientific discovery. Because of this, I decided to change subject and moved to studying experimental psychology. I had the opportunity to choose a number of different areas to study and I chose one which was AI and others which were more focused on the experimental and computer science side of things. I really loved studying AI, so I went on to study that for a year for a Master’s degree. I was thrown in at the deep end on that course! I was learning three different computer programming languages, working on my own project and also learning about things such as robotics and neural networks – it was great, I loved it! Following this, I did a PhD in vision science where I studied how the human visual system can perceive in three dimensions using something called stereopsis, which is where you can perceive depth by having two viewpoints, so two eyes which are slightly offset from each other. It was great fun; I particularly enjoyed the experimental work. I decided not to stay in academia because it’s very tough and you must keep publishing research papers. I had a friend who was a patent attorney working in the field of chemistry and I began considering becoming a patent attorney. I didn’t know of any patent attorneys who were computer scientists, but I thought this could be the area for me. I went to Hewlett Packard and shadowed a patent attorney there and discovered that patent attorneys working on computer science did exist! I also shadowed a patent attorney at a firm in Wales and this confirmed it was what I wanted to do. So, I wrote to all the patent attorney firms, I got lots of rejection letters, but I was also invited to two interviews and in the end I got offers from both. I chose to accept the offer from a big firm in London and began my training there. Since then, I’ve moved about between different firms, and I still work on computer related inventions. I qualified as a patent attorney over 20 years ago and now I look after a team of patent attorneys and trainee patent attorneys.

What does your role as a patent attorney involve and what is a typical day like for you?

The role is all about helping clients protect their technology with patents. If a client comes to us with a new technology they’d like to patent, I hold a meeting with them to discuss the technology and they present to us in great detail how the product works and what the new innovation is, this is called an invention disclosure meeting. Following this, we write a patent application which is a long document, maybe 30 pages long, and which must include enough detail, including drawings, so the reader of the document could implement the technology. Beyond this, my days vary. Today, for example, I have been looking at a report from the UK Patent Office where they have rejected the invention because  they said it’s not inventive. I’ve been revising the claims and preparing arguments to send back. Later today I’m going to be attending a management meeting where we will discuss things like recruitment, training and other admin matters and a team meeting where we will divide up work amongst the team. I’m also meeting one of my trainees to discuss their work, how they’re getting on, what they need to do next and how I can help them. Then this evening, I’m going to be recording a video for a webinar with a Professor of intellectual property law; we’re going to discuss why intellectual property is important for startups and how startups can educate themselves about patents and different kinds of intellectual property.

What do you enjoy most about your role and what are the greatest challenges?

I love learning new things and that is one of the things I enjoy most about my role, I’m always learning. Another thing I love about it is that I’ve got great people in my team, and I like working with them. I also enjoy working with the clients as well. When I was a trainee, one of the biggest challenges was studying. You have to do exams to be a patent attorney and there are a lot of them. You work as a trainee at your company 9am-5pm and then you need to study for the exams on top of this, on evenings and at the weekend, and that was really challenging.

Patents are important for protecting intellectual property. Can you comment on the importance of patents in the commercialisation of emerging technologies such as quantum or AI?

It’s really crucial for startups and small to medium enterprises to protect technologies with patents, so that the technologies can be commercialised. If you think about it, intellectual property is not something you can touch, it’s not like a building or a fleet of cars or a factory. If you’ve got a business of which the main asset is intellectual property, what have you actually physically got to show for it? You’ve just got a few people, maybe some laptops, and if somebody wants to buy that business, what would they get for their money? A few people, some laptops, maybe some software? It’s not quite the same as if they were buying a factory with a fleet of vehicles and some specialist equipment. If, when the person was purchasing, they could also buy a patent portfolio, a great deal would be added to the value because it turns those intangible assets into something more tangible that can be bought, sold and licensed. Patents can also be used for securing against bank loans and things like that, and investors like to see patent portfolios as they’re proof that there’s innovative technology that the Patent Office has found to be new and inventive. Patents also act as a deterrent to competitors because competitors can see that a particular space in the technology field has been taken. So, there are lots of reasons why intellectual property is especially important in enabling commercial success!

What are the most important skills for someone working in a role like yours in fields such as quantum?

The ability to be a self-learner is really important because patent attorneys are always learning. No one is going to spoon feed you; you’ve got to learn things yourself. The ability to listen and understand technical information is also crucial. When you’re dealing with inventors, often they’re very academic people who don’t suffer fools gladly and whose time is precious, so you’ve really got to listen and understand them the first time, so they don’t have to repeat things. You also need to have a strong technical background (a degree in science at least) in the field you will be working in to be able to understand the technology, otherwise, it’s very difficult to be able to write a patent application. It’s also important to be very organized and methodical. The world of patents is deadline driven and if you miss deadlines, it’s not a good situation to be in.

What kind of work experience would be beneficial for someone interested in holding a similar position to you?

I shadowed some patent attorneys, which essentially meant following them round for a week just watching what they did and sitting in on the meetings they had etc. It gave me an idea of what was actually involved in the job. This was really useful because I learned it’s a very desk-based job and involves comprehending documents, writing arguments and working on your own quite a lot. I think it’s important to discover this through work experience and see how you find it because not everybody is suited to that way of working.

I think that quantum secure communications, like those the Quantum Communications Hub are working on, and in particular quantum networks, are really exciting. I also think the potential for quantum computing used in the life sciences, for example in chemistry, is a very exciting area.

What advice would you give to someone considering becoming a patent attorney, particularly in a field like quantum?

I would advise them to do some work experience, shadow a patent attorney, attend an open day or visit the Patent Office to find out more about the career because it really is not for everybody, and because there are so many exams to do, you’ve got to be certain it’s the career for you. It’s not going to be a good idea to start off and do some exams and then change your mind because that will just be so much hard work! Also, it’s important to have a background in the field you wish to work in so that you are able to fully understand the technical side of things. Obtaining a good degree in science is essential.