An Interview with a Quantum Scientist – Jonte Hance, University of Bristol 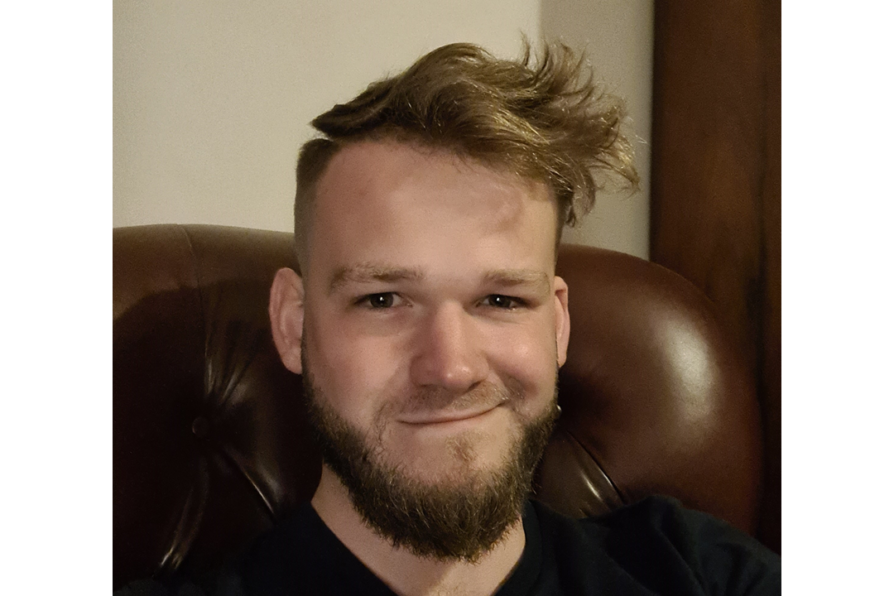 Jonte Hance had a love for physics from a very early age, he loved to read Horrible Science magazines and to take things apart in order to figure out how they worked – much to the frustration of his parents who banned him from even touching the TV remote for that very reason! He also very much enjoyed philosophy and thinking about and debating grand ideas and challenges. Jonte therefore chose to study physics, mathematics and religious studies at A Level, before embarking upon a Masters in Physics and Philosophy at the University of Bristol. He subsequently went on to undertake a PhD in Quantum Communications, at the same institution, which he is working on at the moment.

It’s clear that you’re very passionate about physics, but what interested you in quantum? It’s an optional direction, so what attracted you?

I had enjoyed physics from a very young age but also had an interest in philosophy and had wanted to study both at university for a number of years. Although I was able to study physics at A Level, I actually didn’t have the option to study philosophy, hence I took religious studies as it was the subject which gave me the opportunity to actually discuss, debate and think about ideas. During my degree in physics with philosophy my interest in physics actually faded a little bit until I was able to finally engage in a research project. The project I worked on was in the area that I am currently working, ‘counterfactual communications’, essentially sending messages between two people without anything physical crossing the gap, no light, no energy, no particles. I found that, just knowing that this sort of research was going on and that it had real practical applications, combined with interesting philosophical questions, really reinvigorated that kind of childlike wonder in me. My supervisor Professor John Rarity, although he is an experimentalist, showed me that it is possible to carry out research into fundamental questions while also looking at experimental and practical uses and I just wanted to be involved. For me, it was ultimately because there are so many unanswered questions in quantum. Obviously, we’re able to make use of it on a day-to-day basis with all sorts of quantum technologies, but also there are so many things we don’t know.

I’m working on many different things; there’s the work on counterfactual communications which I mentioned earlier and I’m also working on counterfactual imaging. Counterfactual imaging is about being able to take objects that might be very light sensitive and developing means of imaging them that enable you to, for example, work out their composition without sending any light towards them. This means the objects wouldn’t be damaged by light as it wouldn’t be used. I’m also working in collaboration with Tim Palmer and Sabine Hossenfelder on trying to reconcile quantum physics and general relativity in ways that haven’t really been looked at yet, which again gets quite philosophical.

Most of my work is theoretical so a great deal of my day is spent trying to synthesize new ideas. At the minute I work from home but with everything starting to open up, I am working in the office more. I drink a lot of coffee, read papers, write papers and occasionally I do a little bit of coding.

How could the outputs of your work impact upon our everyday lives? What are the applications?

The counterfactual imaging and communications work is very theoretical and philosophical, however, in terms of applications, the counterfactual imaging could enable people to take medical images without damaging a sample, meaning they could get far more information out of it. Another application of it is being able to image archeological samples without damaging them. Damage caused to archaeological specimens by imaging or measuring is a huge problem in the field, people I’ve met or heard from have told me that objects that were being looked at, say in the 1960s with far more vigor than we use nowadays, have become damaged beyond repair.

There’s a bit more work that needs to go into the applications to communications, but the idea, at least theoretically, is that if you’re communicating with someone and there’s nothing going between you, then normally there’s nothing to hack!

There are many interesting applications like this that we are aware of, however, if you think of how quantum physics began, compared to how many fantastic applications there already are, there will be many more to come that we are not yet aware of, that could completely revolutionise the way we live.

Much of your PhD to date has been carried out during the Covid-19 pandemic, what challenges has this brought and how did you work around them? Have there been any advantages?

I’ve been lucky because most of my work is theoretical, so I’ve been able to do what I’d be doing normally, but just sitting at home, which I know a lot of people, especially experimentalists, have really suffered with due to a lack of access to labs and so on. I also found that, just by having something to get my teeth into, especially in the early stages of the pandemic when everyone was feeling a little bit lost and useless, I was able to kind of grit my teeth, make another cup of coffee and push on through the work I’d be doing anyway and for that I’m really thankful. It’s obviously been hard and for a lot of people there have been issues. For me, one of them was the element of isolation, living alone, being away from family, being stuck inside when we weren’t allowed out and so on. I think that without physics and my work, coping would have been much harder. My work gave me purpose and I feel very lucky and thankful for that.

It’ll be very interesting to see, when we eventually get working quantum computers, which there’s a lot of hype around that at the moment, the extent to which that will have an impact. Obviously at the moment all we know them for and would be able to use them for is algorithms that we have already, and things that can make use of those. I’m a little bit cynical really about quantum computers being the all singing, all dancing things that people make them out to be. If we do all end up using quantum servers and having quantum computers in every university which make a massive difference, then I’ll be happy to have been wrong about that!

Can you tell us a bit more about the potential career paths you are considering and about your hopes for the future?

I’m fairly set on a career in academia. I’ve had conversations with my supervisor about potential postdoctoral positions and ways to try and get funding and so on. I know an academic career is quite hard, there’s a lot of competition with there being a lot of incredibly capable people out there, and there are a lot of challenges, but equally, I love the idea of being able to carry on researching, investigating and trying to find answers to so many questions that quantum poses. I don’t think any other career would be as interesting or make it so I could wake up in the morning with the same level of excitement that I have now to tackle these challenges.

What do you think are the most important skills for somebody doing a PhD and a PhD in quantum in particular? Also, are there any skills that you think you have gained from your background in philosophy that are particularly beneficial to working in quantum?

I think for doing a PhD the key thing that people need is tenacity. It’s important to realise that there are going to be issues, that you are going to make mistakes, things aren’t going to work sometimes and things are going to be difficult but you’ve got to have the drive to keep trying and knuckle down. I guess that also comes from having a passion about your work. There are some people I have met who are doing PhDs who aren’t doing it for the interest they have but just for the sake of obtaining the certificate. In my mind, you have to do it for the interest or it’s going to be far more difficult as you won’t necessarily be enjoying and loving each day. I’ve also known people who have the interest but are a bit scared because they don’t know if they’re good enough, however, from what I’ve seen, as long as you have that enthusiasm and interest, you’re 99% of the way there.

In terms of my philosophy background, I think it’s given me the ability to be able to look at arguments underpinning work that goes on and be able to scrutinize them. I’ve seen papers with pages and pages of beautiful, incredibly complicated mathematics, but with some assumption or some way of interpreting something on the first page that means thinking about it, the rest of the paper is a little bit meaningless. I think some people with a purely scientific background, even though they’re very good at thinking mathematically and applying mathematically, they aren’t so good at actually putting together an argument or a rationale. This can lead to issues in terms of being able to ‘sell the science’ and in terms of explaining to people why they should be interested in science, why this stuff matters to them.

I’d say, if you’re interested, go for it! There are always opportunities and resources around, you just have to take the leap and not stop yourself from doing so. I think they say self-selection is the barrier that stops 99% of people from doing things and this is so damaging, particularly when you begin to think about diversity in science. While there are many other institutional issues for this lack of diversity in STEM, that need to be addressed, I think it’s important that, if you have an interest in the area, you dive in. Don’t be put off by whether you think you are good enough, smart enough, able enough or whether you’ll fit in – while it may take a while to find, if you keep going, there ultimately will be a place for you. The key factor is passion!