An interview with a Research Portfolio Manager in Quantum Technologies – Amanda Howes, EPSRC (part of UK Research and Innovation [UKRI]) 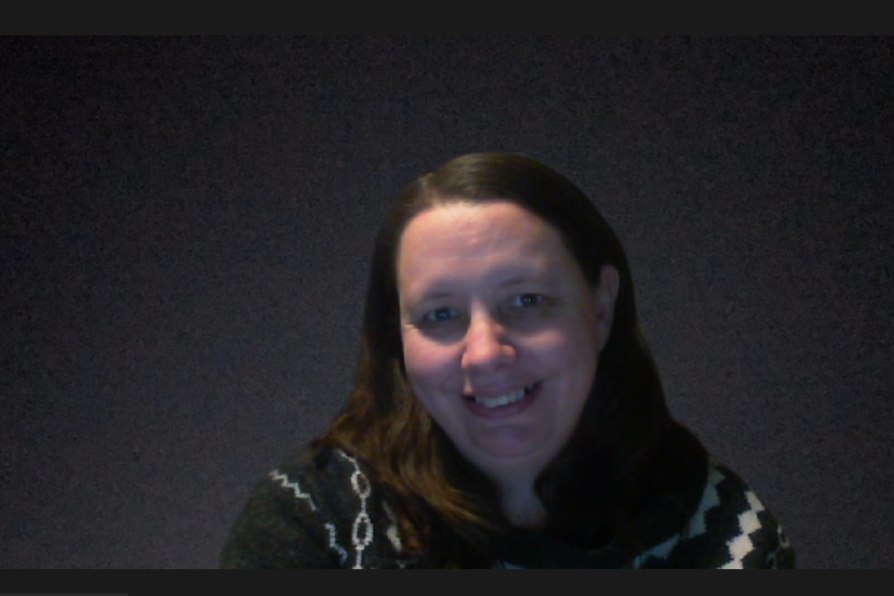 Having originally studied law at university and qualified as a tax advisor, Amanda Howes decided that wasn’t for her and took a career break. She travelled the world and when she returned, she took the opportunity to work in an admin position at the Engineering and Physical Sciences Research Council (EPSRC) and has not looked back since. Amanda has held several roles at EPSRC and has worked as a portfolio manager in quantum for a number of years. Despite not originally coming from a STEM background, Amanda absolutely loves her job. We caught up with her to find out what her role involves, what excites her most about quantum and advice she’d give to others considering a career in quantum.

You have a background in law, can you tell us more about your journey to working in the field of quantum?

I graduated with a law degree from the University of Glamorgan. As part of that degree, I took electives in tax law. Following my degree, I spent three years qualifying to be a tax advisor, I worked for an accountant as a tax advisor, became fully qualified, and then decided it wasn’t for me and chose to go traveling. When I came back, I took up an admin position at EPSRC and during my first week there I met a portfolio manager and thought I’d love to do their job, however, I didn’t think I could with not having a science background. After a while, I moved positions to work in an events role, this gave me the opportunity to expand my experience, become better known within EPSRC and meet more people. At that point, a couple of existing portfolio managers explored whether I needed to have a PhD in science to become a portfolio manager and it was decided that because I had a background with the organisation, the knowledge and experience I had gained negated the need for a PhD and so that’s how I moved into portfolio management. 14 years later, this is still my dream job!

What attracted me to the role of portfolio manager was being able to engage with the research community and being able to shape the direction of research in the UK. When I first started as a portfolio manager, I managed the quantum physics portfolio, so when I chose to move to quantum technologies, I was able to use the knowledge of fundamental quantum physics I’d gained there to help create the UK National Quantum Technologies Programme (UKNQTP). I guess you could say I stumbled into the field of quantum, but I really do enjoy it!

Can you tell me more about your role at the Engineering and Physical Sciences Research Council (EPSRC) and what a typical day at work would be like for you?

For my portfolio of quantum communications and quantum computing and simulation, the funding activity tends to be call based rather than responsive so when we receive funding applications, it’s as a result of our specific funding competitions and thus expected, however, we do encourage other applications. This is different to other portfolio managers as they may receive many applications that have to be processed in any given week. Day to day, I spend a lot of time liaising with the quantum community. I could be talking to people who have queries about future funding, those that have questions about existing funding or those that just want to understand our policies better. I also spend time monitoring existing investments. There’s a strategic element to my role, so for example, in the past I have contributed to business cases to go to government for things like the National Quantum Computing Centre. I used my knowledge of my portfolio and awareness of the quantum computing landscape to contribute to this. I also attend a lot of meetings, these could be government groups, for example the quantum computing expert group, or they could be with stakeholders such as advisory groups; UKRI colleagues including Innovate UK or other partners of the National Programme such as NPL (National Physical Laboratory). At the moment, I’m leading on the process for the mid-term review of the Quantum Technology Hubs. For many of our larger investments, mid-term reviews are one of the ways we monitor what we fund. I am also responsible for writing and delivering some new funding calls and can be a main contact for those, taking responsibility for answering any questions that come in related to them.

What transferrable skills do you think you have gained throughout your career and what do you think are the most important skills for a career in research administration and in quantum? Are there any skills you gained from law that are particularly beneficial to you in your current role?

I think, because of my background in law, I’m quite an inquisitive person and like to ask a lot of questions and that’s very helpful in my role. My law background also enabled me to develop assertiveness and the confidence to be assertive. It helped me to be able to make difficult decisions and be able to present difficult decisions to people who may disagree with them, but confidently and with clear justification. I don’t just present bad news to people though, I do get to share some wonderful news with people too! It helped me to challenge things rather than to just accept what I’m told. I also gained the ability to gather evidence, weigh it up and make a case for something. It’s crucial to be able to interpret research and see why it’s important, what the impact of it will be and how it could benefit the UK. I have an ability to take in a great deal of information and assimilate it, keeping it handy in my brain for whenever I need to draw upon it which is very useful working in a role where I am not a technical expert. Being personable and having good communication skills is also essential. You’ve got to be able and confident to speak to people of all levels, from government ministers to Nobel Prize winners to early career researchers enquiring about funding, you’ve really got to be able to adapt to the audience you are talking to. Despite not coming from a STEM background initially, I have developed the ability to do this. Other key skills for my role are facilitation and problem solving.

What opportunities has the UKQNTP made available so far for young people who are interested in quantum or other emerging technologies?

I think the number of spin-outs that have been created is really impressive, it shows that the job market is healthy and there are lots of opportunities coming up in quantum. There are also the Centres for Doctoral Training focused on quantum, which provide opportunities for people to get involved by doing a PhD in the field. There are also public engagement activities like Quantum City and the Quantum Ambassadors Programme, which have sparked an interest amongst young people. Quantum has become much more visible, and I think it’s become an attractive field over the last few years. Whether people consider themselves to be theorists, experimentalists, computer scientists, engineers or whatever, there is a space for them to get involved and really shape these emerging technologies and I think that is becoming clearer. Whether you’re a scientist or not, there is a place for you in quantum and within the National Programme. For example, I do not have a science background, I have a law background and in the early days of my role as a portfolio manager I saw this as a disadvantage, but people have pointed out to me that it’s actually a positive and now I see that too – the Programme needs people from all backgrounds with different skills to contribute and to make it a success.

I would say all the work and the effort that’s gone in to creating the National Quantum Computing Centre, and the fact that we are now working to create a quantum computing facility for the UK is really exciting. I’m also excited by the quantum internet because I hear so many different definitions of what that could be and what it could enable. I find the work that the Hubs are doing that could lead to that really interesting. It’s exciting to think of a day when both aspects of my quantum portfolio will come together, when communications and computing truly work together, that would be amazing.

I obviously really hope that the quantum communications and computing areas connect together. Beyond that, I hope that quantum becomes like photonics, where it’s an industry that’s fully embedded in the UK and doesn’t require any special effort, as in, it’s just business as usual that everyone works well together, and technology transfer just happens organically. I hope that we end up with a vibrant quantum industry where companies operate on a large scale and sell their products to make profit. I hope quantum technologies just become the norm, that for example, quantum computers are discussed as normally as classical computers. I hope we get to the point where the industry is no longer emerging but has emerged and is established. I don’t know what the world will look like by then but I’m excited to find out!

What would you say to young people who are considering pursuing a career in the field of quantum, particularly in a role like yours?

I would always say don’t compare yourself to others. Look at what you’re good at, what you enjoy and what makes you unique and use those things to work out where you fit in. Don’t try and fit into somebody else’s mould, forge your own way. If you don’t think you want to work as a quantum researcher, then don’t; equally, if that’s what interests you and you’d be good at it, go for it! Don’t hold yourself back from what you aspire to be or do, try it and if you fail it’s not really failing, it’s learning. Work out what makes you happy and strive to make that work. I could have been a tax advisor and made a lot more money than I do now, however, I would have been miserable! I love coming to work, I want a job that I want to get up for in a morning and I made a choice to pursue that. Of course, everyone has days that aren’t great but ultimately, I’m excited by my job and I’d encourage anyone to pursue a role that will give them that feeling. Consider what your skills are, what you’re good at and what you enjoy and there will be a role that suits you in quantum, whether that’s working for UKRI, like myself or, in academia, or in industry, there is a role for you. Every single person that works as part of the UKNQTP has a vital role to play, whatever the position and whatever the level, they are all important. I’d also say, in quantum you are always learning and even if you decide that after a while a particular role isn’t for you, the skills you have gained will be incredibly transferrable and useful for whatever you chose to do next. Grasp every opportunity!