An interview with a theoretical physicist in quantum – Dr Almut Beige, University of Leeds 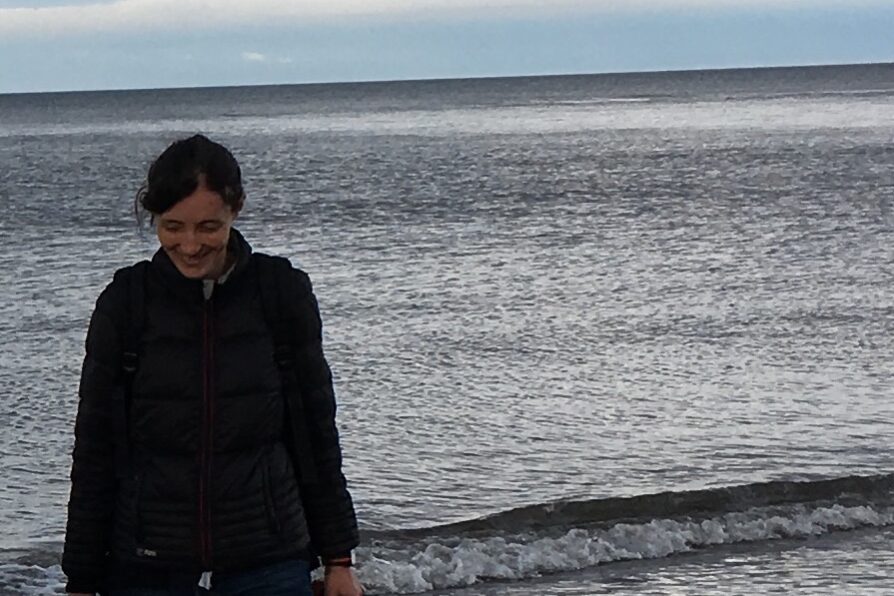 Dr Almut Beige studied for a PhD at the Institute for Theoretical Physics, University of Göttingen, Germany, before holding several different postdoctoral positions including at: Imperial College London; the Max Planck Institute, Munich; and the University of Cambridge. Almut later returned to Imperial College as a lecturer and in 2005 she moved to the University of Leeds, where she heads up the Theoretical Physics Group today. We caught up with Almut to find out more about her career, her work in quantum and the advice she’d give to those hoping to follow a similar path.

The University of Göttingen has a lot of history in Theoretical Physics and Mathematics, many famous names were there, including Gauss, Hilbert, Noether, Heisenberg, and Hund who was still there when I was a student, in fact, even when he was 100 years old, he would still give talks! It was a really nice environment to be in. While I was there, I worked with Gerhard Hegerfeldt who was very interested in the foundations of quantum physics. Everyone was telling me not to work on the foundations because I’d never have an academic career! However, I liked Hegerfeldt’s style and his way of asking questions, so I joined his group to do a PhD. Only later I found that this was a really nice way to gain skills and tools which would be useful for working in quantum computing. Shortly after my PhD, I got a fellowship with Sir Peter Knight at Imperial College, he saw the connection between my previous work and that being done at Imperial College and we came up with some new ideas. I’ve always had fun looking at the foundations of quantum physics, and the fact that when we understand the foundations better we can design new applications for them.

You are a theoretical physicist; how does this differ from an experimental physicist and what does an average day entail for you?

As a theorist I spend a lot of time working without creating anything that I can show at the end! I remember having a discussion with colleagues some years back about what drives theorists to do their work and we concluded that it’s perfectionism. Many theorists are not happy if they are unable to understand the reasons why something happens, if you don’t understand something fully, you keep on asking questions. Most of the time, when you ask a difficult question, you can’t answer it, at this point we try to formulate simpler questions to break it down until we can begin answering the big ones. As a theorist, my main outputs are research papers, sometimes the changes our work enables are big and sometimes they’re small steps on the way to something big that experimentalists find useful.

You currently hold the position of Reader in Quantum Optics and Quantum Information at the University of Leeds; can you tell me a little bit more about your work and its applications?

Most of my work centres around looking into systems with spontaneous photon emission, I am interested in using light-matter interactions and photon measurements as tools for processing quantum information. The applications of my work span quantum computing, quantum metrology and quantum sensing. For example, currently, I am working with people who are looking at implementing non-invasive glucose sensing which wouldn’t seem, at first, to have anything to do with quantum, however, if you can use atomic interactions for measuring glucose concentrations more easily, the benefits would be great.

Is there a particular application of quantum technologies that you are excited to see the development of in years to come?

People already implemented an entangling scheme that my group proposed some years ago, or at least some schemes that are very closely related to it, which is incredibly exciting and might really help to scale up distributed quantum computing in the longer term. At the moment I’m researching a great deal into photons, there are different definitions of what photons are, so quantum photonics is another area I am excited to see develop. I feel there are still so many more new tools to come from quantum that we haven’t yet discovered, I’m excited to see what they are and how they will be used in quantum technologies.

As a theoretical physicist, it helps to be a perfectionist and to be critical, it’s also helpful not to be afraid to work hard and to ask difficult questions. My students enjoy finding mistakes, then working to correct them. When they realise that they can do things that many of their seniors can do, it gives them a lot of confidence, but it also is very hard work sometimes to get to a result, so you must learn to be resilient.

I also think you must enjoy solving problems and this requires a lot of creativity. I believe creativity is a skill that is sometimes underestimated in this field. Often, in classical physics, you know what assumptions you should make in order to derive things, however, when it comes to quantum physics, it’s more complex, you cannot use assumptions you would make in classical physics so you have to be creative when making a new quantum model. Any model you create must be consistent with classical physics, however, there could be many possibilities so you have to try them out, which is where creativity and resilience come in.

Quantum physics has so many different areas, I’d say it is so important to find an area that suits you. For those looking for PhD supervisors, I’d say that you may not be in a position to judge somebody’s work and whether it is a good fit for you, however, consider whether you think they’re fun and whether you could get on well in their group. During a PhD it is common to get stuck and run into problems, however, when you work with people you trust and feel comfortable around, when you’re with the right team, then you get over these tricky points and, in the end, it’s even more rewarding and your confidence will grow.