Being a Quantum Scientist – an interview with Dr Ke Guo 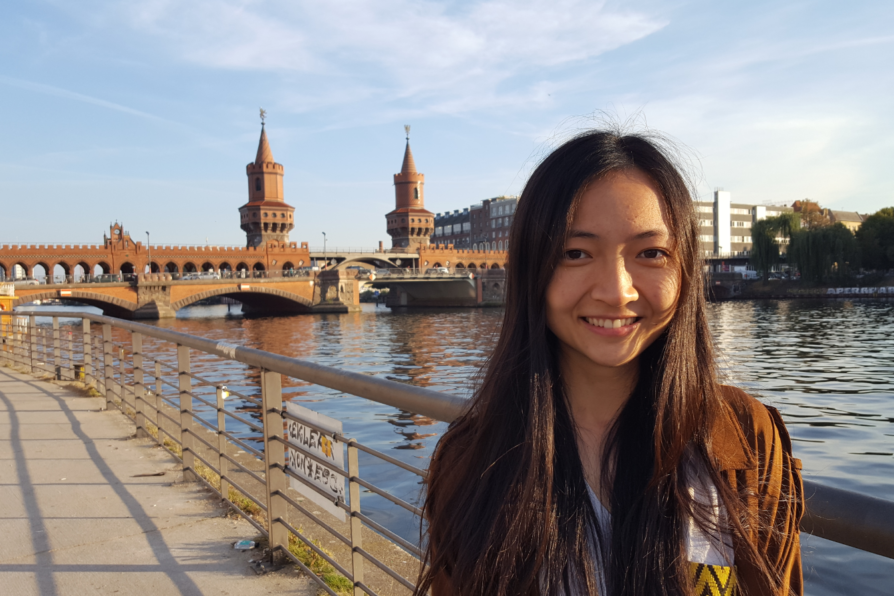 Physics had always been one of the subjects Ke Guo excelled at in school, so that, combined with her love for learning new things and discovering new applications meant a career in quantum science was for her. Ke first undertook a Bachelors degree in Physics before embarking upon a Masters and subsequently a PhD in optics; she has since moved to the UK to work at the Quantum Communications Hub. Based full time at the National Physical Laboratory as a seconded employee of the University of York, Ke works on the assurance of Quantum Random Number Generators (i.e. making sure their outputs are truly quantum), which have a variety of applications. We recently caught up with Ke to find out more about her journey in quantum so far, her work and her hopes for the future:

Can you tell me a little bit about how you got to where you are today?

I grew up in a small city in China called Ji’an and went to the University of Science and Technology of China, in a nearby province, for my Bachelors degree. Initially I chose to study physics, partly because it was one of the easier subjects for me in school, compared with subjects like history and politics. Also, at the time, I wasn’t interested in industry, I wanted to do something more fundamental than practical.

In the last year of my Bachelors degree I did theoretical physics, but, when I graduated I realised that pure theory wasn’t really my thing – I didn’t want to just sit in an office and stare at computer screens all day. Meanwhile, I didn’t feel like starting to look for a job, so I moved onto a Masters programme, I did it in applied physics at Eindhoven University of Technology in the Netherlands. It was a very exciting experience because it was the first time I had been to Europe! I was excited and able to travel which was nice.

During the last year of my Masters I did an internship in Philips research at Eindhoven, where I worked on plasmonics for solid state lighting. My supervisor at the time, Marc, was involved in a PhD project with AMOLF, an institute in the Netherlands originally founded for the study of atomic and molecular physics. He recommended this PhD project to me, I applied and got the position!

I did my PhD with Professor Femius Koenderink. In short, the project was on a similar topic to what I did during my Masters involving a deeper and broader range of research work. When I graduated, I wasn’t very clear on what kind of career I wanted to continue with. I felt I wasn’t really interested in a particular field but more interested in the experience of learning new things, so, I decided to move to a slightly different field. As I studied classical optics as part of my PhD, I had also attended some interesting talks in quantum optics and thought this could be an interesting subject with plenty of unknowns to learn about.

I found the position that I have now online, I didn’t know much about the Quantum Communications Hub but I was interested in the project, applied and got the job!

So, quantum mainly interests me because there are plenty of things that are quite different to what you expect in daily life and in daily experiences, sometimes things are counter intuitive. I find it very exciting to learn about new things and see how they can lead to new applications.

I work on assessment of QRNGs (Quantum Random Number Generators). Random numbers are very widely used in life: scientists use them to simulate complex systems like climate, traffic and spread of diseases; banks and websites use QRNGs for encryption; and QRNGs are also key components for Quantum Key Distribution (QKD) so therefore they’re a crucial for quantum communications. Of all kinds of random number generators, QRNGs are currently the only type that can be proven in theory to give truly unpredictable outputs, so that’s why we are interested in them. However, practical devices are not perfect and we need to be certain that we can trust the output. My work is focused on investigating methods to test these devices and provide certifications for them.

I don’t have a daily routine for work but typically I do optical experiments and data processing. That means that I will experiment with the arrangement of optics and conduct measurements that I think would be interesting. Once the data are recorded, they are processed and presented as part of different models so that in the end you can see more information than just the raw data, this can help us to learn about the systems and how they can be used. Sometimes I also read research literature to keep up to date with other people’s work in the field and have discussions with colleagues about this and my own work.

Of course, I’m interested in quantum communications, there has already been a lot of development in this area, particularly on a national scale – many countries are already building up their own quantum networks. I’m really interested to see how these networks are going to be rolled out and integrated in national infrastructure and everyday life. I also know that there is a lot of interest in quantum communications for individuals, so I am also looking forward to seeing QRNGs and QKD systems being integrated into daily life such as personal banking or integrated into smart phones, for example.

Personally, I don’t consider myself a minority because I don’t think my gender has any influence on my work. I can imagine, and I’ve heard, that in some places discrimination can exist for historical reasons, and sometimes for practical reasons, so if I was to continue in this field I would take this into account. But, so far, I haven’t experienced any barriers myself.

What are your hopes for the future in terms of your career path?

Honestly, it’s still not very clear to me! I like doing science and I hope that I can continue in a profession that allows me to do science, preferably fundamental science. But, I also realised that careers are different from subjects. As part of a career, you ideally get to engage in what you like and are excited to do but you also have to fulfill certain responsibilities. For example, if you work for a company, you may be asked to carry out certain routine projects that you might not feel particularly enthused about. Similarly, if you work in academia, you may worry about balancing administrative responsibilities with chasing grant funding and attracting student numbers, while also having to do other things, such as constantly worrying about writing research papers (the famous “publish or “perish” academic principle). The point is that you cannot simply isolate yourself in a lab and “do science”. My hope is that I can find a position where I can continue with science, but, I will try to avoid – to the extent that it’s possible – having to be deeply involved in things like administrative duties.

What advice would you give to someone who might be interested in a career in STEM, knowing what you know now?

So, I think that a career in STEM would be very rewarding and interesting indeed, but, if you decide to go into this as a career you must be prepared for the responsibilities that come with it. You will have to consider many practical things such as moving around to different institutions in order to broaden your view. You also need to consider salary, academia isn’t necessarily the best way to earn a lot of money if that’s important to you!  I don’t think people are often aware of these practicalities but they must be considered so that informed choices can be made.