Being a Quantum Scientist – an interview with Sophie Albosh 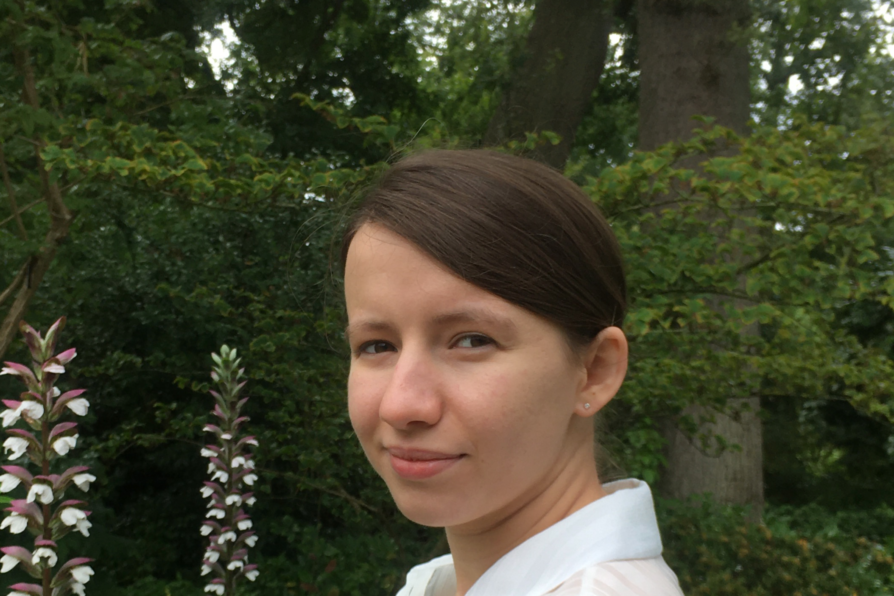 After completing her Masters in theoretical physics at Imperial College London, Sophie started her experimental physics PhD with the University of York and the National Physical Laboratory (NPL) in London. Based full-time at NPL, Sophie’s PhD work concerns the devices used in quantum key distribution systems and the characterisation measurements of these devices. During her PhD, Sophie has taken part in the STEM Quantum Ambassador programme, preparing and delivering accessible outreach sessions, introducing quantum mechanical topics and showing how they are applied in quantum key distribution protocols.

It’s clear that you’re very passionate about physics but what interested you in quantum? It’s an optional direction, so what attracted you?

Initially I was interested because of the ‘strangeness’ of quantum effects. I first came across quantum physics during my A-levels when I read “The Elegant Universe” by Brian Greene, where he explains the ideas behind general relativity, quantum mechanics and the conflict between them. The fact that there was such a significant conflict still present in modern physics was pretty exciting from a problem-solving perspective!

This sparked my initial interest and then when I went on to study quantum mechanics modules in the later part of my undergraduate degree, I was able to explore more complex quantum ideas now equipped with the mathematical tools to understand them. A lot of these ideas were surprisingly intuitive, and I was also surprised to find that they could be applied practically.

I am, of course, completely biased as my PhD research concerns quantum communications, so I am very interested to see how this develops and how integration of this technology progresses over the next decade. However, aside from that, I am also interested to see how quantum sensors and imaging progresses, as I don’t have a huge amount of knowledge in this area, but I think that this technology will have a very significant impact.

Is Quantum Communication superior to the classical counterpart?

Quick answer: It depends on what the communication is, as both methods have their own advantages and disadvantages.

Long answer: when comparing quantum communication and classical communication methods, the big difference lies within the key distribution method. Very simply what this means is, if Alice wants to send a secret message to Bob, Alice and Bob first have to share an encryption key (string of 0’s and 1’s), where this key should only be known to them. Therefore, before sending any secret information, they first have to secretly send the key to one another.

Alternatively, quantum key distribution (QKD) protocols send the key using quantum systems, where the principles of quantum mechanics can be used to check the secrecy of the key. As the security of the key relies on physical principles, these quantum methods are not at risk from technological improvements in the same way that classical methods are. However, creating, manipulating and detecting quantum states requires specialised hardware, which is often expensive and therefore may not be suitable for all applications.

I think that quantum communication will play a role in future communications systems, most likely in conjunction with post-quantum cryptography (classical) systems to provide a versatile communications network that is suitable for a range of security needs.

At the moment you are undertaking your PhD at the National Physical Laboratory (NPL), what exactly is it that you are working on and what is a typical day like for you?

My PhD aims to test the specialised devices used in quantum communications (quantum key distribution) systems. It is imperative that the devices used in these systems behave as expected and do not leak information to an eavesdropper, otherwise the encryption keys shared may be compromised. To ensure that the devices are operating correctly they must be characterised; measurements must be performed to test all aspects of the devices. My PhD in particular looks at testing certain properties of the light emitted from the transmitters used in these systems.

The National Physical Laboratory is the National Metrology Institute for the UK and is a delivery partner of the Quantum Communications Hub. As my PhD is experimental, my work consists of a variety of tasks, ranging from laboratory-based experiments to theoretical modelling of these experiments and writing code for analysis. A typical day consists of one or a mixture of these tasks, ranging from sending laser light through fibre-optic setups in the lab to representing these physical setups mathematically on paper.

I fortunately have not experienced any barriers in the field of quantum or in physics in general because of my gender. I have always been able to choose the courses I want to study without my gender being of consideration. You never know, there may have been bias, but if there was, I wasn’t aware of it. I should clarify that, of course, I can only speak from my personal experiences and that what I say may not be fully representative.

I am really glad that I have been able to pursue my studies without ever having come across these barriers, and I am very grateful to all those who have come before me whose actions have allowed me to have this experience.

Alongside your PhD you are a Quantum Ambassador, what does this entail?

The Quantum Ambassador scheme is part of the STEM Learning Quantum Technology Programme, the aim of which is to introduce some of the ideas in quantum technology to A-level students. The scheme was developed by the National STEM Learning Centre in partnership with the Quantum Communications Hub. As a Quantum Ambassador, I visit schools and run sessions about QKD for the students, discussing physics topics that are covered during A-levels, such as polarisation of light, and showing how this can be used in quantum communications.

Planning these sessions is a fun challenge in itself. Attempting to design an entertaining presentation that is well suited to an audience with varying levels of interest in the subject, whilst introducing new physics topics is tricky. Also, as with any lesson-plan, things may change on the day, so you may have only 40 mins for a session instead of the planned hour; you have to be ready to adapt.

That’s a big question. For me personally, once I finish my PhD, I would love to have a career that is related to quantum communications either in academia or industry.

In terms of quantum research in general, I hope that the many research streams continue, and I look forward to seeing more lab-based research and expertise transferring over to the commercial sector, so that these quantum devices can become part of modern-day life.

What advice would you give to young people who hope to pursue a career in physics, particularly quantum physics?

As my route into physics is pretty “traditional” (A-levels, degree, PhD) my advice is inclined towards that route, however there may be other routes into this area that I don’t know much about, so please bear that in mind. If you are interested in a physics career, the best bet is to do a physics degree, although other degree courses may lead to a physics career. If you are currently looking at degree courses, it’s probably best to check with the university to see what optional modules there are, and the career prospects associated with them. In general, if taking a physics degree, you can start to specialise in the later years of your course, so for example, if you want to pursue quantum you can take more quantum modules.

In the final year of your degree it is worth planning what you would like to do next; research your options and find what will suit you. Taking a PhD in quantum should provide a good setup for a career in this area. After the PhD you may want to stay in academia or move over to another sector, such as industry.

It’s worth noting that going through the higher education system can be a little tough, so my general advice for that would be: