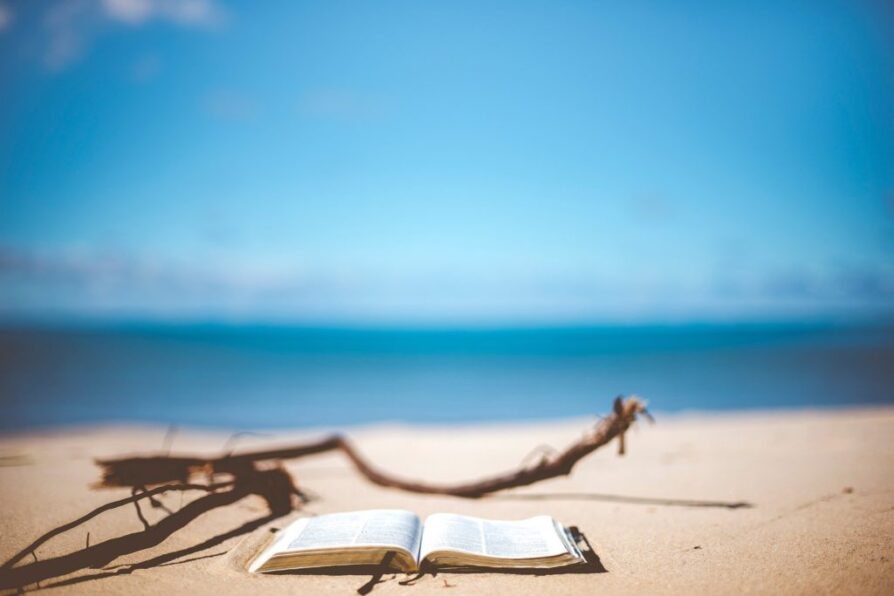 School is almost out! Are you looking for some interesting summer reads? If so, check out our list of recommendations below, there’s something for everyone – including your dog! From quantum classics to books for babies, our list includes all of the absolute must reads in the field of quantum.

Part of the Very Short Introduction series, published by Oxford University Press, this classic book is a concise discussion of the subject that also offers further reading notes, a glossary and a mathematical appendix for those interested in the equations.

Al-Khalili’s capacity for communicating complex concepts in clear, lucid terms is not often disputed and this is a clear example of his ability to make every subject he engages with fascinating yet knowable. A classic for a reason – outstanding!

From AS Byatt: “Precise yet mysterious … as beautiful as a poem and as exciting as a novel”. Need we say more? An incredibly clear and well written introduction to the subject.

If you are favouring graphic novels over standard prose, then this is the book for you. Deceptively brief, this is a very accessible yet all-encompassing discussion of the key figures and concepts in quantum mechanics. Great fun!

A very good addition to the genre, written in the great popular science tradition of jaw dropping analogies used to introduce complex ideas.

Given that it’s never too early to introduce the youngsters in your life to science, this is the book to get them started (gnawing) on quantum physics. Soon to be followed by …

Chad Orzel, 2010, How to teach quantum physics to your dog, Oneworld Publications

Charming introduction to the subject matter

Not for the faint hearted, but if you are serious about studying quantum physics, this is the ticket – equations and all!

Excellent contribution to the genre, explaining in simple terms complex notions, but also expanding beyond the science into potential applications of the new technologies based on quantum mechanics. Very impressive!

Manjit Kumar, 2009, Quantum: Einstein, Bohr and the Great Debate About the Nature of Reality, Icon Books

Shortlisted for the Samuel Johnson Prize for Non-Fiction book of the Year (2009), this is an outstanding book – clear, thoughtful, expansive. A must-read for anyone interested in the debate.

More focused on quantum computing as opposed to being a wide treatise on quantum theory, this is a very good introduction to the topic.

Brian Cox & Jeff Forshaw, 2011, The Quantum Universe: Everything that can happen does happen, Penguin

The clue is in the title. A must-read classic!

A classic. Nobel Prize-winning physicist Richard Feynman, renowned for his ability to convey even the most complex of concepts clearly, explains quantum electrodynamics for the lay reader, without distorting any of the physics.

A concise and considered introduction to the subject of quantum physics. A must read for those who want to take the leap into the field of quantum!

Exactly as the title suggests. A must read to discover everything you need to know to sound all-knowing.