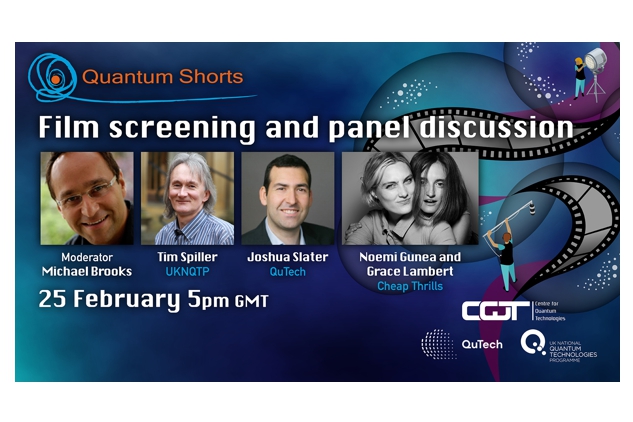 The shortlisted films were chosen from 224 films received from 52 different countries during the festival’s call for entries in 2020. The task for filmmakers was to tell a quantum story in no more than five minutes of film.

The finalists are made in styles including live action, puppeteering and animation, across a range of genres. You can watch a comedic take on quantum superposition, immerse yourself in a suspenseful game of hide-and-seek, and solve a crime with quantum clues.

Eminent panellists including Hub Director Professor Tim Spiller, shortlisting judge and senior researcher Joshua Slater from QuTech, and past Quantum Shorts finalists Noemi Gunea and Grace Lambert will discuss the films and their takes on quantum. The panel will be moderated by shortlisting judge Michael Brooks. Grab your popcorn and comfy seat and join us on this quantum journey!

Head to the Centre for Quantum Technologies YouTube channel on the day to enjoy the event.