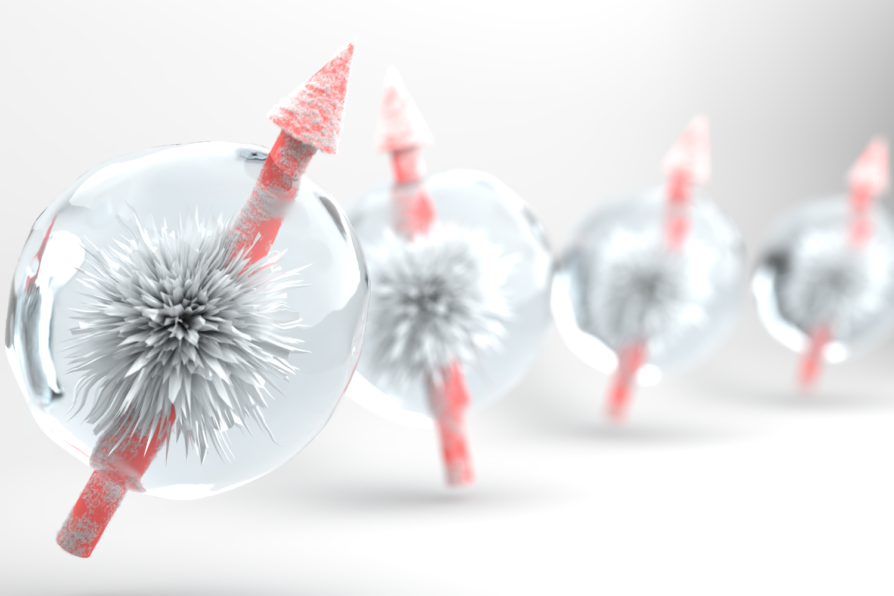 On behalf Quantum City, the public engagement arm of the UK National Quantum Technologies Programme (UKNQTP), we are delighted to announce the winner and runners up from the Quantum Visions art competition. A Brumal Coherence Dream (above), designed by Carlos Sánchez Muñoz, a theoretical quantum physicist at the Universidad Autónoma de Madrid, represents one of the dreams of a quantum physicist: atoms arranged in a coherent quantum superposition, immune to the heat of decoherence, frozen in a collective quantum arrangement.

Most poignantly, as Carlos describes, the artwork depicts the ‘control of the collective quantum dance of a macroscopic ensemble of qubits’ which will represent a ‘cornerstone in the history of human endeavour. This artwork dreams of that moment to come, captured in a frozen instant full of expectation.’

On receiving the first prize, Carlos said he was inspired to create this artwork after him and his team discovered an intriguing mechanism in open quantum systems that we called “dissipative freezing” (see “Symmetries and conservation laws in quantum trajectories: Dissipative freezing, Phys. Rev. A 100, 042113 (2019)”). He noted his artistic preference to work with ‘simple figures, keeping the composition minimalistic and focusing on finding interesting materials and lighting to create an appealing scene.’

Carlos will receive a £100 Amazon vouchers as well as two free tickets to attend the New Scientist Live science festival on 12-13 March 2022. A Brumal Coherence Dream will also feature on postcards printed by the UKNQTP.

Philip Dolan and Lucie Gourmet were awarded the runners-up prizes for their entries titled Complementarity and If I Fits, I Sits, respectively. 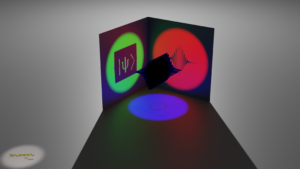 In Complementarity, Phil Dolan, a scientist at the National Physical Laboratory (NPL) depicts an object illuminated from above by a blue light, from the left by a red light and from the right by a green light to show how the same object can cast a circular shadow (like a particle) projected below and a wavelike shadow projected on one panel. The algebraic symbol often used to represent the wavefunction is seen as a green silhouette.

Phil is interested in the applications of photons to technology, particularly involving quantum phenomena, and enjoys finding ways to capture and communicate subtle, complex ideas and thinks art can play a big role in this. Similar to Carlos, Phil used the freely available 3D rendering software called Blender, which uses ray-tracing algorithms to build images in a physically realistic way. 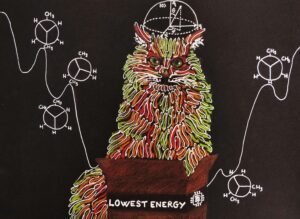 If I fits, I sits by Lucie Gourmet

If I Fits, I sits was designed by first year PhD student at UCL Lucie Gourmet with black paper, coloured pencils and a white gel pen. Lucie took her inspiration from quantum computers and peptide design. Quantum computers can help us solve complex problems such as drug design faster and more efficiently. If I Fits, I sits represents a cat as a protein composed of a bundle of beta sheets. The cat “fits” in the lowest energy level and is therefore the conformation of interest. In the background, we can see the other conformations of the protein with their respective energy levels. On the cat’s head, Lucie has drawn Bloch’s sphere which allows us to represent the state of a qubit.

In her PhD, Lucie is working on early cancer detection. Specifically, her project is on the biophysics of tumour cell divisions. Despite mainly studying biology, Lucie has always been interested in physics, even attending quantum mechanics lectures during my Human genetics’ undergraduate degree. Lucie found her inspiration by speaking to two PhD students working in theoretical physics, Lodovico Scarpa and Hasan Sayginel.

Quantum Visions aimed to explore the artistic realm within quantum technologies, and we hope more artists are encouraged and inspired by quantum physics and its translation to the real world.