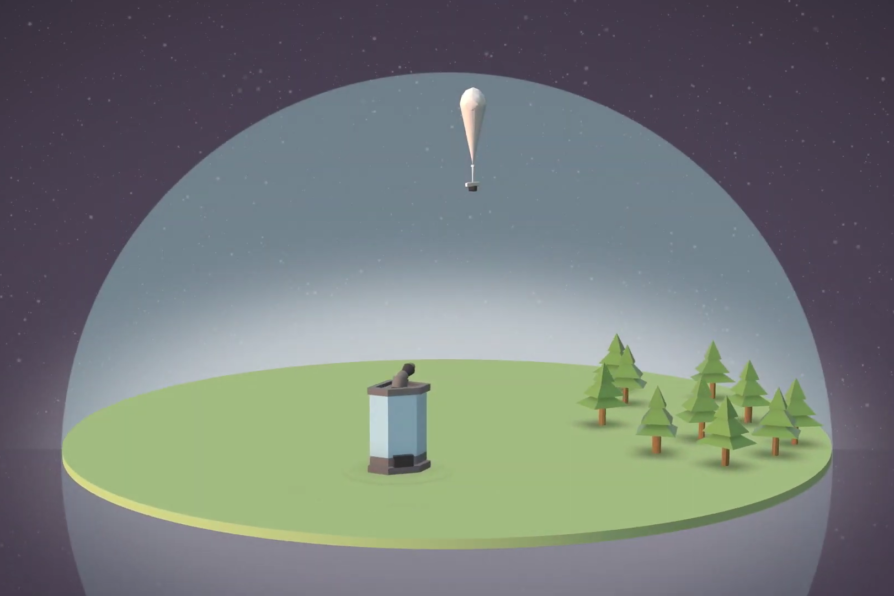 A new project that will demonstrate quantum secured communications from the stratosphere has been awarded Partnership Resource funding by the Quantum Communications Hub.

The collaborative project, which is led by researchers at the University of York and involves researchers from Heriot Watt University, along with industrial partners Auriga Aerospace Ltd and Elson Space Engineering, follows on from a feasibility study previously funded by the Hub during Phase 1 of the UK National Quantum Technologies Programme.

Quantum Key Distribution (QKD) is a quantum technology which underpins the security of communications and other transactions through the quantum-secure distribution of the cryptographic keys used to encrypt and decrypt data. Free-space QKD technologies address the distance limitations inherent to QKD over terrestrial optical fibre – which are a barrier to quantum-secure communications on continental, intercontinental and global scales. Satellites are one such example as they have the potential to facilitate QKD through free space.  As a more flexible and economic proposition, High Altitude Platforms (HAPS), which are designed to operate in the stratosphere at a distance of 17 – 22km from the earth surface, could complement satellite delivery, fulfil an increasing number of requirements, and play a part in the strategic vision of a global quantum-secured network backbone in space and near-space.

During Phase 1 of the UK National Quantum Technologies Programme, the Hub funded a feasibility study ‘QCHAPS – Quantum Communications & HAPS’ which brought together researchers at the University of York and Heriot Watt University to establish the viability of using HAPs for QKD. The project funded most recently will build upon the earlier results in collaboration with industrial partners to carry out a proof-of-concept study and subsequent demonstration of QKD from a HAP.

The team will carry out experimental free-space testing using line-of-sight test ranges up to 20km, as well as a tethered Helikite aerial platform operating up to 400m with greater positional instability than that of the relative calm of the stratosphere at 20km. The team also plans to build a Continuous -Variable (CV) QKD payload, which will be tested in collaboration with the industry partners. CV-QKD offers particular advantages for stratospheric delivery, operating with transmitters and receivers of reduced size and physical complexity, in addition to offering daylight operation.  The project will benefit from substantial in-kind contributions from two industrial partners with specialist expertise in this field.

Auriga Aerospace is a UK company committed to the exploitation of the stratosphere with advanced high-altitude long endurance craft capable of providing viable services, both scientific and commercial. These range from imaging and mapping to communications and sensing. Elson Space Engineering is one of the UK’s most innovative aeronautical design and aviation engineering companies, providing expertise in R&D of Lighter than Air (airship & balloon) and Heavier than Air (fixed wing) HAPS systems, geospatial applications and payloads. These industrial partners will contribute input to the specification requirements for the quantum payload based on flight data; engineering input to the packaging of the payload itself; flight-testing and wider expertise on the optimal specifications for the experimental demonstration.

“Delivering QKD from HAPS could eventually provide a very cost-effective way of serving multiple users over a regional coverage area, with it being used to secure a range of communications applications and services.”

Elson Space Engineering (ESE) established in 2010, is the most recent iteration of a series of successful aero design and engineering companies formed since 1991. ESE comprises a team of aerospace innovators with a diverse and highly specialised range of skills – research, development, engineering, logistics and project management, backed by a unique range of test facilities and a well-equipped fabrication unit to facilitate a wide range of research and development projects.

ESE has a highly respected background in engineering development for challenging aeronautical projects including: balloons, airships, space capsule, HAPS including the original Zephyr design and build, and more recently extensive research and development work on fixed-wing HAPS, with a number of successful low and mid-altitude test flights. ESE is an SME whose main base is in the SW of the UK. In 2016 Elson Space España was established in Teruel, to facilitate testing and design operations in Spain. In 2017 Elson Space Australia PTY was established to facilitate high altitude flight testing and permissions procedures in Australia.