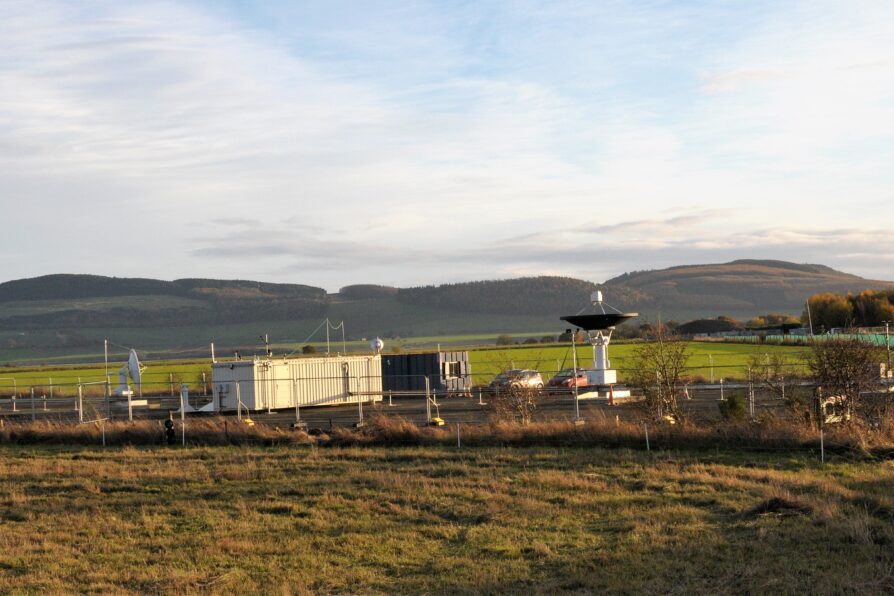 A satellite ground station facility at Errol Aerodrome, a former WWII RAF airfield between Dundee and Perth, has been chosen for a new state-of-the-art optical ground station (OGS) to demonstrate and test satellite quantum secure communications.

Quantum secure communications overcome the threat of cyberattacks, enabling secure transmission of information. However, current methods using terrestrial fibre links are limited by the distance each quantum signal can travel. Using satellites will allow quantum communications to be sent securely all over the world.

The new research facility will be developed as part of the Quantum Communications Hub project, funded through the UK National Quantum Technologies Programme. It aims to deliver quantum security at all distance scales, including intercontinentally via satellite. It will also support future R&D missions and collaboration with international partners.

The Errol OGS project is a joint venture between Hub researchers at Heriot-Watt University and Dundee Satellite Station Ltd. (formerly University of Dundee Satellite Receiving Station), which is a commercial station offering a range of services to the UK and international space sector. The Errol site, which is located on the bank of the river Tay, was selected by the research team following an internal competitive process. This utilised extensive modelling of key variables (light pollution, cloud cover, sight lines, etc.) for all proposed sites, to identify the optimal site with potential for a high rate of quantum (encryption) key generation from the satellite communications.

An Optical Ground Station (OGS) is an essential component of space quantum communications, with the other three being: the satellite itself, the quantum signal transmitter (payload) on the satellite, and the quantum signal receiver attached to the OGS on the ground. The Hub’s OGS (HOGS) will use a reflective 70cm telescope, to track the low-Earth orbit satellite path with high precision. Both HOGS and the satellite will employ laser beacons to accurately point towards each other. Once they are precisely aligned, the quantum communications will commence. When not in operation, HOGS will be protected from the elements by a robotic dome cover, which will also allow the team to roadmap remote activity.

Once operational, the HOGS will be used by researchers directly involved in the Hub’s satellite R&D programme of work and based at multiple partner institutions – University of Bristol, Heriot-Watt University, Science and Technology Facilities Council’s Rutherford Appleton Laboratory, University of Strathclyde, and University of York. Other UK researchers with relevant interests in experimental satellite quantum communications will be invited to work onsite.

The Hub’s in-orbit demonstrator mission is one of three complementary quantum communications research projects currently undertaken by UK organisations; the other two being the UK/Singapore bilateral mission (project Speqtre) and the ROKS mission, with Hub academic and industry partners involved in all three projects.

Commenting on the Hub’s space vision, Director, Professor Tim Spiller at the University of York, said: “Satellites will form an essential part of future worldwide quantum communications, and our Hub in-orbit demonstrator mission is one of numerous R&D projects being undertaken to progress towards this goal. The ground-based receiver is clearly a key element of any mission, and we look forward to the Hub Optical Ground Station becoming operational at Errol.”

Dundee Satellite Station’s Technical Director, Dr Paul Crawford, said: “We are delighted that our joint venture with Heriot-Watt University was selected for the Optical Ground Station and look forward to working with all of the Quantum Hub members in future on the many research opportunities this opens. Dundee is a unique ground station in that we developed and operated in an academic environment for over 40 years and actually designed and built our own systems, so we are natural partners for any R&D focused projects such as this.”

Speaking about the Hub OGS as a long-term research asset, ​Dr Anke Davis, Joint Head of Quantum Technologies at the Engineering and Physical Sciences Research Council, part of UK Research and Innovation, said: “​Funding for this important piece of research infrastructure will not only benefit the Quantum Communications Hub community, but also other researchers in the field. Investments into equipment such as this allow researchers to extend the reach of quantum communications from terrestrial to space applications and is an integral part of the EPSRC-funded Quantum Communications Hub’s mission with exciting future projects to launch as a result.” 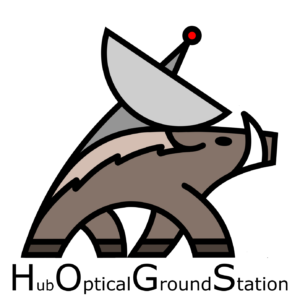