Schools’ Physicist of the Year Awards 2020 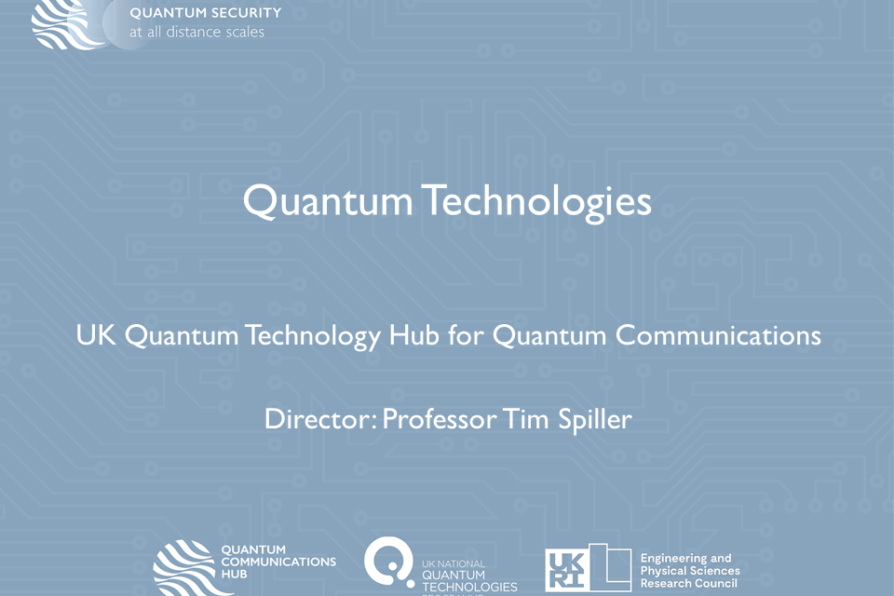 Thursday 18th June saw Hub Director, Professor Tim Spiller, give a keynote on lecture on Quantum Technologies at the ‘Schools’ Physicist of the Year Awards 2020’ which was hosted virtually, by the University of York.

The awards ceremony, an annual occurrence, is part of a national scheme run and funded by the Ogden Trust, a charitable trust that exists to promote the teaching and learning of physics. The awards, which were by teacher nomination only, were open to schools across Yorkshire for year 10 and year 12 students. Nominees were selected by teachers for their outstanding commitment to their physics education, excellent contributions in class, excitement and passion for the subject and achievements to date, to name just a few reasons. All award winners received a certificate and £25 book token, sent by post.

Department of Physics Head, Professor Kieran Gibson, presented the awards, reading out the name and reason for nomination of every individual student. Kieran also thanked teachers and parents for supporting the students through their education.

Spiller’s keynote lecture on Quantum Technologies gave attendees a very general introduction to new quantum technologies, explaining briefly the quantum physics concepts that underpin these, such as superposition, entanglement and uncertainty, and illustrated their ‘quantum advantage’, before focusing on communications technologies whose security is based on quantum physics. He gave a brief overview of the UK National Quantum Technologies Programme and the projects it funds, and then moved on to discussing the work and technologies of the Quantum Communications Hub, alongside the applications of its technologies, in more detail.

At the end of the lecture, there were live questions from the audience. Attendees asked a range of interesting and thought-provoking questions such as “do you think quantum teleportation will ever develop into a usable technology?”, here Spiller was careful to explain that while teleportation has happened at the atomic level, teleportation of humans and larger objects would be very much more difficult. In the words of host Kieran Gibson, “Beam me up Scotty – not quite yet!”

The virtual event was a great success and the Hub would like to congratulate all nominated students and wish them well for the rest of their studies.

You view a recording of the talk here: