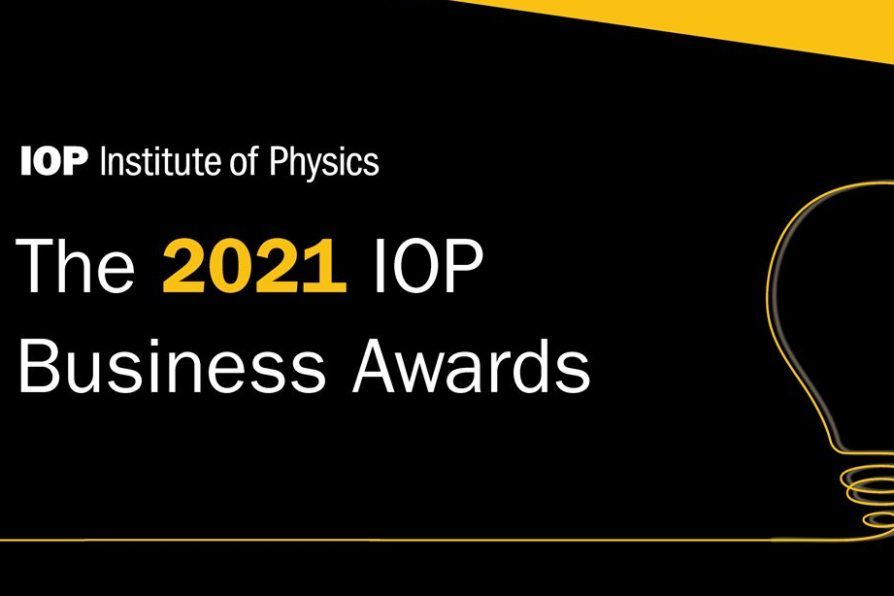 Prestigious Institute of Physics (IOP) Business Awards, which recognise the significant contribution that physics and physicists make to the economy, have been awarded to two Hub partners, AegiQ and Toshiba Europe, and spin-out of Hub partner University of Oxford, Quantum Dice. The Hub would like to extend huge congratulations to all winners!

The IOP Business Awards celebrate entrepreneurship, excellence in innovation and brilliantly implemented physics in products and services. The 2021 round of awards marks the Institute’s tenth year of Business Awards, with over 70 companies having been awarded these over the last decade.

AegiQ, a start-up which was spun out of Hub partner the University of Sheffield, won a Business Start-Up Award. The company, which is an industrial partner on Hub Partnership Resource funded project ‘Fibre-coupled Room Temperature Single Photon Sources’, received the award for “the development of a breakthrough quantum photonics platform enabling new applications in quantum communications, computing, and imaging utilising high-performance sources of indistinguishable single photons”.

Alongside AegiQ, Quantum Dice, which collaborates with several Hub partners on a project funded by the UK National Quantum Technologies Programme’s Industrial Strategy Challenge Fund (ISCF), was also awarded a Business Start-Up Award for “the development of verifiable and secure photonics to advance key industrial applications in security, simulation and AI”. The ISCF project which Quantum Dice is a partner on, titled ‘Assurance of Quantum Random Number Generators (QRNGs)’, aims to develop a method to provide authoritative certification of the unique randomness produced by QRNGs and overcome the existing important technological barriers to the commercial and industrial exploitation of QRNGs.

Toshiba Europe, a major partner of the Hub which has contributed to work on quantum networking, next-generation quantum communications technologies and industry standards for quantum technologies, has been awarded an IOP Business Innovation Award. The company received the award for “pioneering technology developed over two decades of research, protecting communication infrastructure from present and future cyber-threats, and commercialising UK-manufactured products which pave the road to the quantum internet”.

An online celebration evening will be held on Tuesday 9 November which will include presentations, panel discussions and networking. For more information about this event or about the Business Awards and the winners, visit the Institute of Physics website.