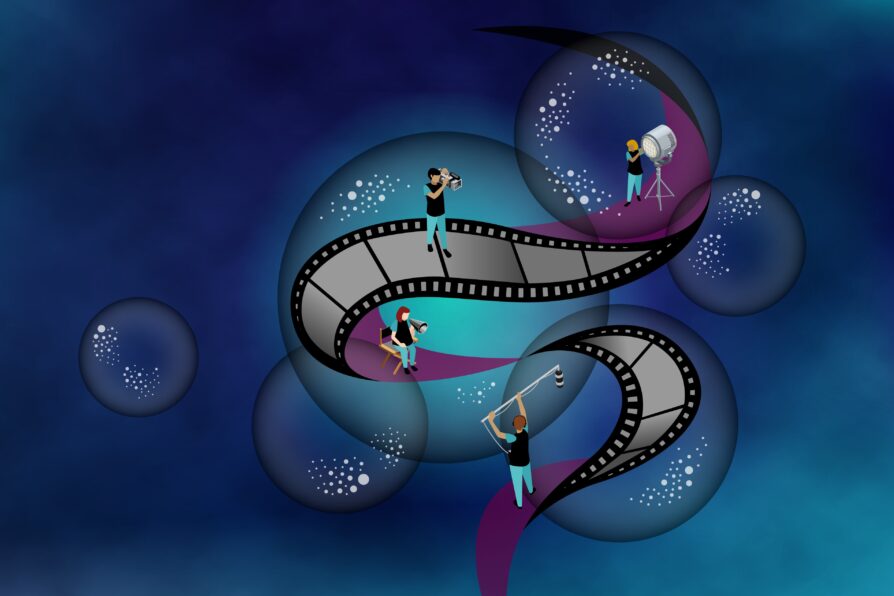 From films that made them “laugh out loud” to those that were “painfully touching”, from the “slightly absurd” to the “brilliantly unexpected”, judges for the Quantum Shorts film festival have picked ten finalists and commended the diversity of entries.

The ten shortlisted films were chosen from 224 films received from 52 different countries during the festival’s call for entries in 2020. The task for filmmakers was to tell a quantum story in no more than five minutes of film. Filmmakers tackled the challenge in many thought-provoking ways.

The Quantum Communications Hub, along with other stakeholders of the UK National Quantum Technologies Programme’s Quantum City, was a scientific partner on the competition for the fourth year running. The Hub’s Communications and Outreach Officer, Ruth Hardy, was a shortlisting judge for this year’s competition, she commented: “There was such a variety of entries, each with their own unique twist on quantum, it was a joy to watch them all.”

The finalists are made in styles including live action, puppeteering and animation, across a range of genres. You can watch a comedic take on quantum superposition, immerse yourself in a suspenseful game of hide-and-seek, and solve a crime with quantum clues.

Among these creative takes on quantum physics, many of the films tell a human story. “I loved watching the films that explored the human side; how people act in a world where the weirdness of quantum physics is manifest around us,” commented Josh Slater, a judge from QuTech, Delft. “Whether it is children, or beguiling young adults, or a future society, I can feel the imagination of those films opening up my own.”

Want to open up your imagination, too? Now you can judge the films for yourselves. You are invited to watch the Quantum Shorts finalists and vote for your favourite. There is an online public vote to decide the People’s Choice Prize open until 28 February.

Meanwhile, the festival’s judges will decide the festival’s First Prize and Runner Up to be announced in March. This chance at even greater honours comes on top of the prizes the finalists have already won. For making the shortlist, the ten finalists from Australia, the Czech Republic, Chile, India, the Philippines, Portugal, Spain, the United Kingdom and the United States have won a $250 prize and a one-year digital subscription to Scientific American.

Congratulations to the finalists! You can watch the trailer first, and then enjoy the films one by one. You can also read interviews with the films’ creators on the Quantum Shorts website for behind the scenes stories.

In alphabetical order, the shortlisted films are:

Look out for news of upcoming screening events at shorts.quantumlah.org.