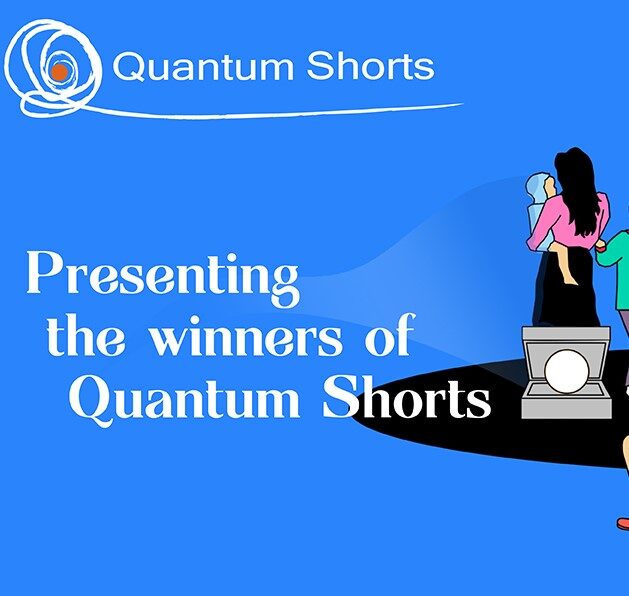 Three short stories that give their characters access to other timelines have claimed prizes in the 2019-20 edition of the Quantum Shorts flash fiction competition.

The stories explore the many worlds idea from quantum physics, in which every event is understood to have all possible outcomes, each happening in its own branch of the universe.

Quantum Shorts is an annual competition for creative works inspired by quantum physics. It is run by the Centre for Quantum Technologies (CQT) in Singapore with media partners Scientific American and Nature, and leading quantum research centres around the world as scientific partners.

The UK National Quantum Technologies Programme through its Quantum City stakeholders was a scientific partner and we are thrilled to announce the winning entries from the hundreds of stories that came from writers all around the world.

To decide the top two prizes, a jury of eight expert scientists and writers reviewed ten stories earlier shortlisted from 647 submissions to the competition. A public vote decided the third prize. Each winning author gets a cash award and an engraved trophy, on top of their shortlist award and one-year digital subscription to Scientific American.

Artur Ekert, Director of CQT and a member of the panel, was impressed by the finalists: “I have enjoyed reading them all—the quality of writing is remarkable.” Judge and author Michael Brooks praised the shortlist as being “full of surprises”. He said, “I loved the depth of creativity, the strange twists on quantum physics that I had never considered before.”

Earning first prize of $1500, “Fine Print” by C R Long tells the story of a woman prepared to pay a hefty price to buy her way into a new reality. C R Long is a writer who also works as a nurse at a veterans’ hospital in California.

This story was the favourite of judge Mariia Mykhailova, a software engineer on the Microsoft Quantum Systems team, who called it “a neat take on the many-worlds interpretation”.

It also impressed with a narrative twist. Lindy Orthia, a senior lecturer in science communication, said, “‘Fine Print’ has a pleasing twist I didn’t see coming, because its plot hits just the right rhythm and doesn’t overplay its hand.” Author Ingrid Jendrzejewski agreed, “This story had a great premise, and a wonderful shift at the end—one that I didn’t see coming because I was so focused on the client’s struggle.”

The runner up prize goes to “The Collapse” by Meg Sipos, who is a writer, editor and podcaster in Pittsburgh. In this edgy tale, rips in the fibres of reality see a couple being confronted by different versions of themselves and each other.

Experimental physicist Yvonne Gao found the story engrossing. She said, “The simple and relatable narrative brings to life the initial thrill and the eventual melancholy experienced by the characters.”

Author George Musser liked “The Collapse” best. “It avoids offering a specious explanation of the inter-world travel and keeps the focus on the human story,” he said. Physicist Chad Orzel said the story “does a great job with the emotional content and the relationship at the centre of the story.”

Decided by online public voting on the shortlisted entries, the People’s Choice Prize goes to “Shinichi’s Tricycle” by Ariadne Blayde. The story, which retells a small piece of the history of the atomic bomb, was also the top pick of judge Artur Ekert. He described the story as “moving, having a human touch” with “a nice mix of quantum and history”.

“I was very excited to see a project that took seriously the work of bringing together the arts and sciences,” said Ariadne, who is a novelist and playwright in New Orleans. “I feel there’s a big disconnect between those two worlds and I love how this competition has sought to bridge the gap.”

Congratulations to the winners! Find all the stories, more background on the judges and interviews with the winning authors at shorts.quantumlah.org.