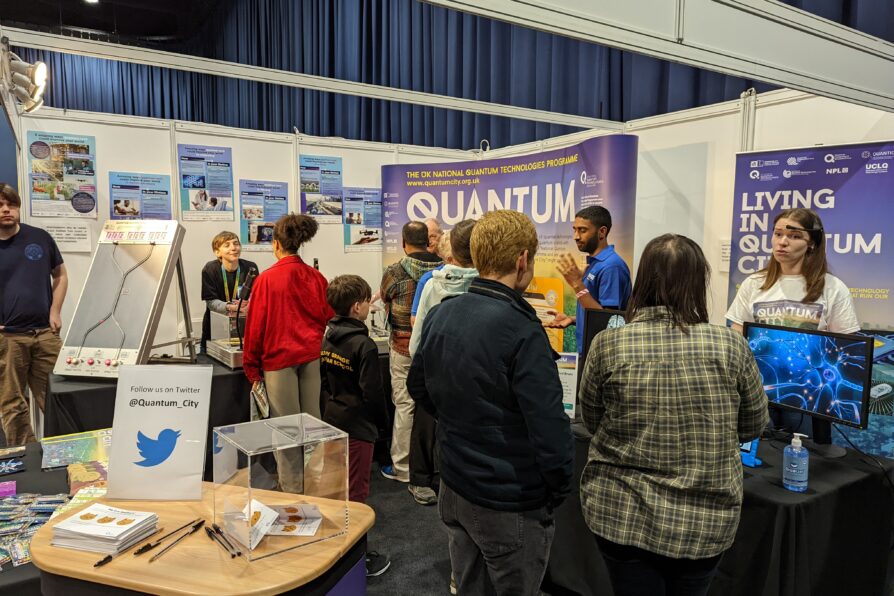 Between 12 – 14 March 2022, New Scientist held its first ever science festival outside of London, New Scientist Live Manchester. Quantum City was proud to represent the UK National Quantum Technologies Programme at the event, which will hopefully become an annual feature within the New Scientist events calendar.

The first two days of the event were open to the general public, however, the third day was for schools and home-learners only. Invited to attend schools’ day were 2500 school children, including 1500 students from schools with a high proportion of disadvantaged backgrounds. Teachers were able to collect a free hard-copy of Quantum City’s quantum technologies posters and download a copy of the Quantum Communications Hub’s Careers in Quantum Technologies Fact Sheets.

With five quantum-related demonstrations as part of its stand and a plethora of materials available for visitors to take away, Quantum City engaged with almost 2000 people across the three days, a fantastic number for the first in-person event since Covid restrictions were lifted. 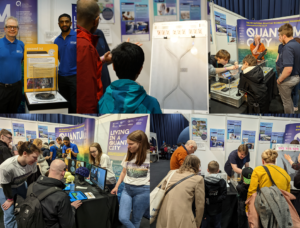 NPL brought along a demonstration relating to its highly accurate atomic clocks which measure time by tuning into atomic vibrations at rates of billions per second, visitors had to ‘tune’ vibrating metal loops with similar precision.

Quantum-enabled brain imaging was at the centre of the University of Nottingham’s demonstration. They brought along an example of their non-invasive quantum-enabled brain scanning technology which can be used to better understand conditions like as Alzheimer’s and Parkinson’s diseases. Visitors were able to try a simulator which showed how the brain scanner works and find out more about what the group are planning next for the scanner.

Feedback from attendees was very positive with some comments including: 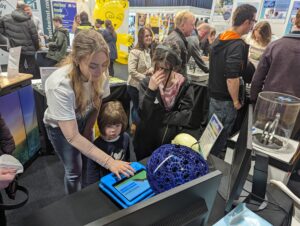 “Amazing stand and fantastic explanation of all the areas of quantum physics!”

“It’s very fascinating. At first I was confused, now I know what “quantum” means”

“The first time I’ve ever understood what “quantum” electronic uses/devices/systems are. Thanks!”

The Quantum City team had a fantastic time at the event, they particularly enjoyed being able to engage with people in-person and answering many questions on Quantum City and the applications of quantum technologies. The team looks forward to exhibiting at more in-person events again in the future.