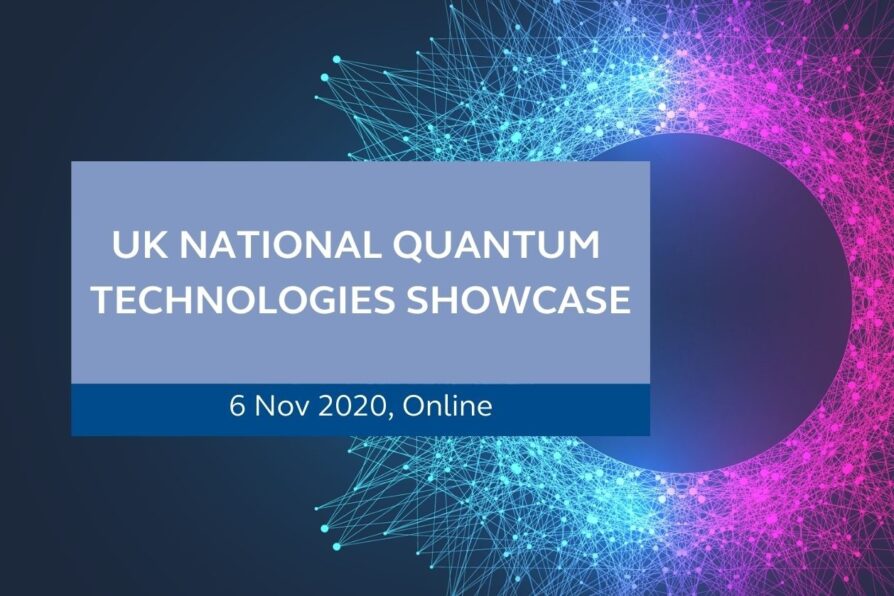 The annual UK National Quantum Technologies Showcase, organised by the Knowledge Transfer Network (KTN) and Innovate UK, took place virtually for the first time, on Friday 6 November 2020. The event, which is usually held in London and attended by over 700 people from industry, government and media, was held online with a record 1200 delegates registered to attend. The virtual nature of the event meant that the expertise, capabilities and advances of quantum technologies in the UK and its real-world impact, along with the progress made so far in the second phase of the UK National Quantum Technologies Programme, could be shared with a global audience.

The event was formally opened by Professor Dame Lynn Gladden, Executive Chair of the Engineering and Physical Sciences Research Council (EPSRC); this was followed by a welcome address from Minister for Science, Research and Innovation, Amanda Solloway MP.

As part of her welcoming address, Amanda Solloway MP introduced the new strategic intent document for the UK National Quantum Technologies Programme which outlines a series of objectives for phase 2.0 of the Programme and a ten-year vision for the UK to become a quantum enabled economy. The document also highlights numerous applications of quantum technologies for different sectors, ranging from Defence and Security to Civil Engineering and from IT to Finance, along with a summary of the main achievements of the four Quantum Technology Hubs.

During the event, the winners of the recent UK-Canada Quantum Technologies funding competition were announced by Professor Sir Peter Knight FRS, Advisory Board Chair of the UK National Quantum Technologies Programme and Professor Alejandro Adem, President of Natural Sciences and Engineering Research Council of Canada (NSERC). The competition, which included £2 million of funding from the UK and C$4.4 million of funding from Canada, was the first industry-led partnership between any two countries to develop quantum technologies.

Quantum Communications Hub partner, Craft Prospect, is the UK business lead on one of the eight successful projects ‘Reference-frame independent quantum communication for satellite-based networks (ReFQ)’, while the University of Waterloo is the Canadian academic lead. Hub partners QET Labs Bristol and the University of Strathclyde are also partnering on this major collaborative project which aims to demonstrate the use of quantum technology for protecting commercial and national communications networks. This project will implement a new approach and protocol that improves the integration and alignment of a quantum transmitter on a satellite. The UK/Canada quantum key distribution (QKD) technology developed in this project is targeted to fly onboard Canada’s Quantum Encryption and Science Satellite (QEYSSat), thereby extending the scope of the mission and demonstrating links to ground stations on both sides of the Atlantic.

The Quantum Communications Hub had three virtual stands at the Showcase and two virtual booths, through which, investigators gave technical demonstrations of our work, including some of our core technologies and technologies created through funded collaborations and partnerships. Across the two booths, the Hub showcased five demonstrations including: Consumer Quantum Key Distribution; Quantum Networking; Quantum Random Number Generators; Satellite QKD Ground-Based Receivers; and Quantum Communication with CubeSats. The Hub’s virtual stands, which include a plethora of resources including leaflets and videos, are still available on the exhibitor section of the event website and will remain there for three months. Delegates were able to book one-to-one meetings with Hub colleagues to discuss our technologies and potential collaborations further. Recordings of the Hub’s demonstrations can be seen below – more will be posted in our project YouTube channel in due course.