Quantum Secured Transmission Demonstration at the University of York 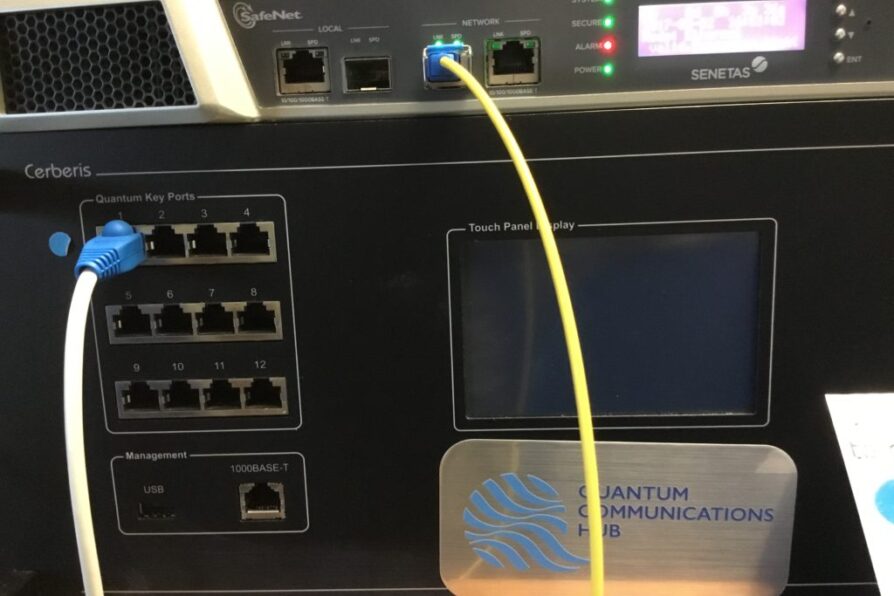 The University of York, lead partner in the Quantum Communications Hub partnership, is taking part in an EPSRC-commissioned public dialogue on quantum technologies, facilitated by Kantar Public, an independent social research agency. The dialogue consists of two full-day workshops with an interim activity and is rolled out across all lead institutions of the National Network Quantum Technology Hubs – the Universities of Birmingham, Glasgow, Oxford and York. The main purpose of the exercise is to introduce members of the public to the emerging technologies, explain the full range of applications, relevance to everyday life and disruptive market potential, while at the same time dispel misconceptions and record the public’s hopes, expectations, fears and concerns.

Professor Tim Spiller (Department of Physics, York) and Dr Almut Beige (School of Physics and Astronomy University of Leeds) are taking part in the workshops, while Hub partner BT were invited to present a technical demonstration and public talk on how quantum communications can help counter the threat of quantum computing. The event was hosted on Friday 20 October at the 360 interactive space in the Ron Cooke Hub, and was preceded by a special, invitation-only, preview for members of the Faculty of Science in the University. Professor Andrew Lord, BT’s Head of Optical Research, demonstrated the capability of existing Quantum Key Distribution (QKD) technology to cancel all attempts by a hacker (“Eve”) at intercepting quantum secured transmissions of video files between two communicating parties (“Alice” and “Bob”).

The Quantum Communications Hub research team, led by Director Spiller, are working with major industrial partners such as BT, ID Quantique and Toshiba, to advance existing QKD technologies to commercial-ready status, overcome their current limitations and in so doing, open up new markets enabling widespread adoption and use.

The results of the public dialogue will be made available in a report authored by Kantar Public, in early 2018.