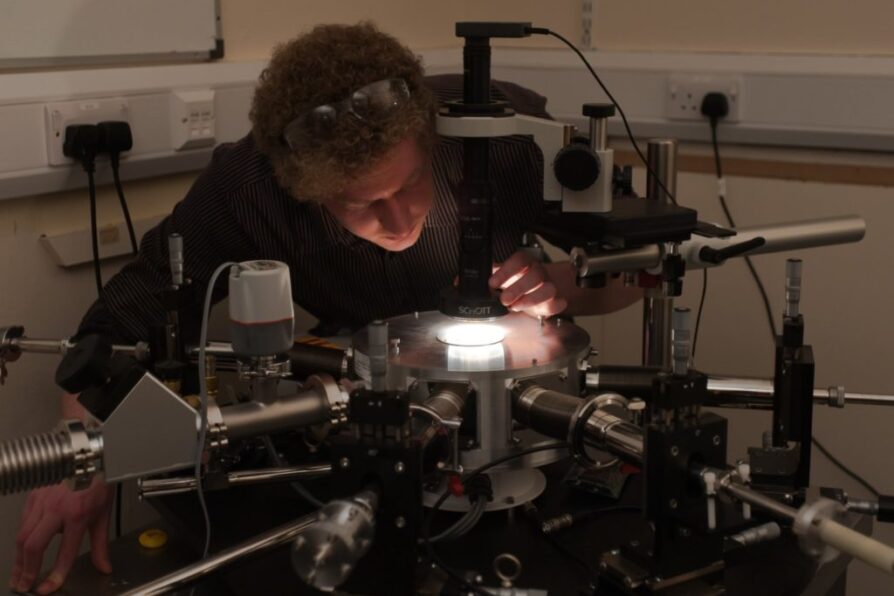 The second awarded project in the area of quantum secure communications is 3QN (Towards A New UK Industry for Novel Quantum Receivers in Nascent Satellite QKD Global Markets; £3.25m) led by industrial partner ArQit and again incorporating many Hub partners (the Universities of Cambridge, Heriot Watt, York, BT, NPL). Our Hub had significant input in both proposals but especially so in this latter 3QN project, as it aligns with our vision of expanding our work into free-space quantum communications at extra-terrestrial scales using satellites, and it is based on technology borne through Hub research and development.

3QN seeks to address the well-known distance limitations of QKD – the abundance of noise inside optical fibre in transmissions greater than a distance of about 150km makes QKD use impractical over large terrestrial scales. QKD through free space, on the other hand, can be less sensitive to distance. Satellites therefore provide the means for distributing keys across very large distances between end users spread across countries or continents, and facilitating global QKD networks. Following the launch of the world’s first Quantum Communications satellite by China in 2016, a number of international missions (Canada, Japan, Switzerland, many European countries including the UK) are planning their own missions, all directed at delivering commercial satellite QKD services. Crucial in all of these will be networks of Optical Ground Receivers (OGRs) required to receive and detect the photons carrying the key information.

The 3QN project is focused on designing and building such affordable prototype modular optical QKD receivers that can be used to receive quantum keys from satellites using different QKD transmitters. Such devices would therefore not be limited to servicing any particular satellite but have a “plug and play” functionality instead, thus widening options for adoption and impact in the commercial world. The strategic aim of the Pioneer Fund call was to pave the way for scaled-up production of commercial prototypes, for UK manufacture and assembly to address global markets, and, in the process, opening up the existing small, niche markets, which only cater for scientific research instruments. The project will draw on the UK’s (and the Hub’s) expertise in advanced optical and photonic technologies, as well as the wider UK opto-electronics ecosystem for visible and telecoms wavelength detectors and emitters.

Early adopters and beneficiaries of any resulting commercial products will be the telecommunications, finance and energy sectors, which all have global footprints and requirements for global services.