An interview with a quantum scientist – Dr Zixin Huang, University of Sheffield 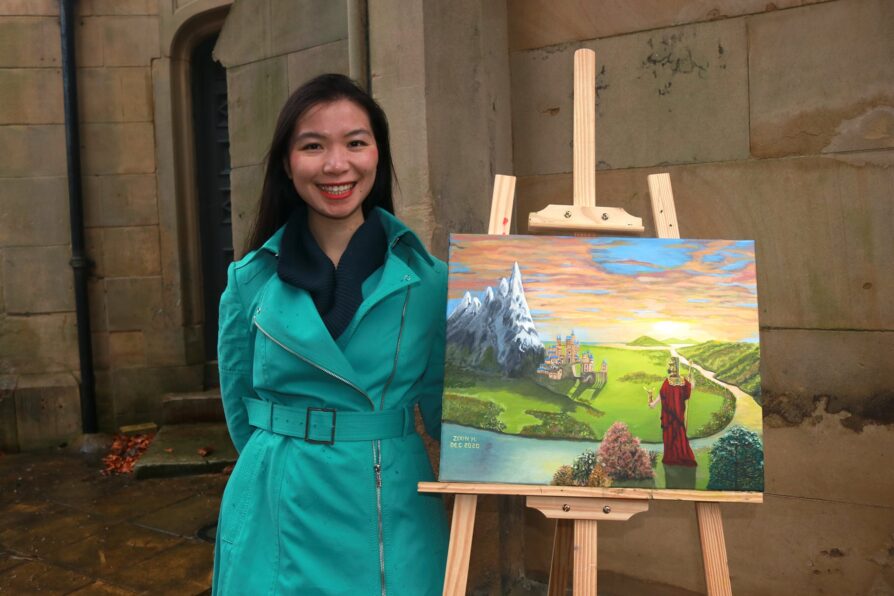 Having studied chemistry and physics during her undergraduate degree at the University of Sydney, Dr Zixin Huang undertook a PhD in quantum photonics at the same institution, before moving to the University of Sheffield for a postdoctoral position as part of the Quantum Communications Hub. Later on this year, Zixin will be moving on to the Sydney Quantum Academy where she will hold a fellowship.  We caught up with Zixin to find out more about her career path, her work in quantum sensing and imaging, and the advice she’d give to those hoping to take up a career in STEM.

I understand that your particular area of expertise is quantum measurements testing (metrology) and (quantum enabled) super-resolution imaging technologies. Could you perhaps tell us a little bit about what this entails? Also, it’s clear that you’re very passionate about your work, but what interested you in this field? Quantum physics is an optional direction, so how did you come to choose it?

I like to use quantum physics to develop technologies which surpass classical resolution and limits. Quantum systems have error rates which are far lower than those of classical systems and therefore have increased resolution, this can be very useful for quantum measurement and imaging. So, for example, if you want to measure distant stars and planets, you can’t really send a signal to them and wait for it to reflect back. So, if instead of using classical optics, you model the system properly and use a quantum system you can obtain measurements of increased resolution. This is what really interests me.

I chose to work in this field having studied a course on quantum mechanics, which I found incredibly interesting, during my degree. I particularly enjoyed the more technology-focused elements so I decided to take this further and do a PhD in quantum photonics. I actually started my PhD as an experimentalist and then I found that doing experiments wasn’t exactly my thing, I kept breaking things in the lab! I decided I was more interested in doing theoretical work and when I was working in Italy on a collaborative project, my collaborator was an expert in quantum metrology, so I slowly transitioned into doing more theory from there. Moving from quantum measurement to quantum imaging is a very natural transition as the tasks can be very similar.

Currently, I’m working on quantum state discrimination protocols which specifically look at distinguishing signals coming from objects that are very far away. When you are trying to look at a planet which is close to a star, it is very faint and hard to detect. What we’re trying to do is to develop ways to discriminate between the case when an exoplanet is there vs if it isn’t there.

In the next couple of years, I’d like to design telescopes which have larger at the baselines than those currently available. The baseline of a telescope determines the resolution. Currently, the very big telescopes work in the microwave or radio frequencies, however, I want to design something that will work in the optical frequencies which will hopefully boost the resolution of these imaging systems by a factor of 5 orders of magnitude, so that’s the long-term goal!

How close do you think we are to having in use some of these technologies that you mention?

The work I described on large baseline telescope is very early on and the results aren’t ready yet, so this is just step one. There are different methods of exoplanet detection which are used for different situations, whether that’s planets very close to stars or planets far away from stars and so on. However, I think our method will be complementary to other methods out there and will help to solve part of the puzzle, if you like.

Some members of the quantum community have already started talking to astronomers about the high-resolution telescopes I mentioned so hopefully there will be some prototypes or demonstrations built within the next 5 or 10 years. I hope the fully-functioning quantum networks are ready for use in the next 20 years. When they are, we will be able to have the entire planet acting as the baseline of our telescope, which is very exciting!

I’m a theorist, so I think I have relatively quiet days compared to some of experimental colleagues! If it’s a quiet day for me then I read some papers, do some modeling, write some code and maybe get some results. If it’s a busier day I might be talking to multiple collaborators, talking about results and debugging them if necessary. If I have a very good day, I might be talking to experimentalists about whether they would like to implement some of my protocols.

I’m really excited about quantum repeaters and memories being realised. We already have some small-scale repeater and memoryless quantum networks that can do a lot of interesting things, but I can’t wait to see what they can do when memories and repeaters are here. Once they are I will be able to use them to test my work.

Academically, I hope to work with experimentalists, building devices and prototypes. In terms of career more generally, I would like to secure a teaching position and start my own group.

I’d say having a really strong mathematical background is immensely useful, especially if you want to be a theorist. I’m often reading pure math or computer science papers, which I found hard initially. Also, I think because there are so many topics and fields within quantum, it helps to know a little bit about the topics outside of the immediate area you work in, because everything is interconnected. Knowing concepts or tools from one discipline really helps with work in others. The final thing I would say is I think it really pays to be able to be mobile because, for example, if you’re unable to move to another country, then you might miss out some valuable opportunities.