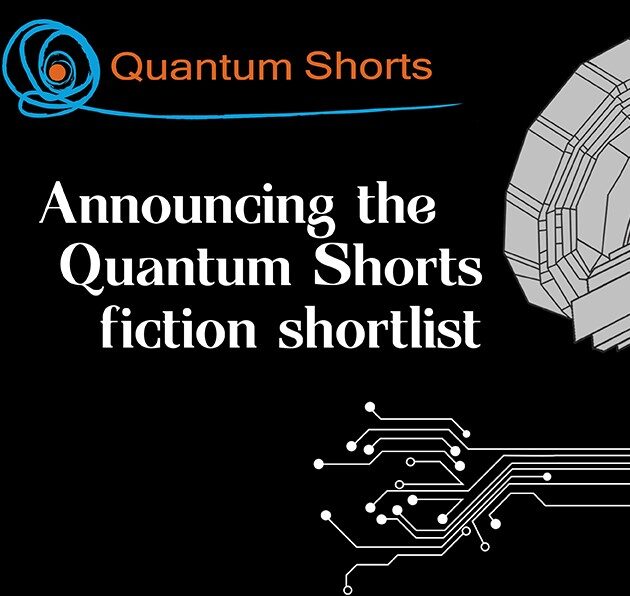 The Quantum Shorts 2019 flash fiction competition has announced its ten finalists! The annual, international competition, which aims to produce quantum inspired artistic outputs, either short videos (as in the 2018 round) or short stories (as in this round), received over 640 stories – an unprecedented number, submitted by enthusiastic writers all around the world.

The stories had to be no longer than 1000 words and had to contain the phrase “things used to be so simple”, taken from the winning story of the 2017 edition of the competition, “Acceptable Loss” by Przemysław Zańko. Shortlisted writers have won a USD $100 shortlist award and a one-year digital subscription to Scientific American – as well as the chance to win even more awards as their stories head into the final judging.

Along with other stakeholders of the UK National Quantum Technologies Programme (UKNQTP), the Quantum Communications Hub was again a scientific partner. The Hub’s Project Manager, Georgia Mortzou, was delighted to be on the panel alongside judges from other scientific partners and said, “I felt the standard was very high, the concepts original and the allusions to alternative worlds and freedom to roam multi-universes strangely beguiling in these challenging times!”.

Andrew Hanson at the UK’s National Physical Laboratory (NPL) also had very high praise for the stories, he said, “They were a very welcome escape from a world that has suddenly become very sci-fi. It was warming how the authors used abstract, odd, perhaps even obscure building blocks to make something beautiful, coherent, witty and relevant.”

Some short stories were also given an honourable mention by the panel as they were among the favourites of some of the judges, but did not make the shortlist. These are: A Quantum Tale by Jerome Edward Malenfant; Entangled by Medardo M Manrique Jr; External Memo SPTI672 by Krati Shukla; It takes two to entangle by D. A. Quiñones and The Mysteries of Quantum Mechanics’ Charges by Lee Paul Melling.

Have a favourite story? You can help one of the shortlisted authors get more reward for their story. You are invited take part and pick your favourite short story for the People’s Choice Prize. Voting is open from now, via this webpage, till 11:59 PM GMT on Monday, 18 May 2020.

We congratulate all shortlisted authors and wish them all the best as their stories head into the final judging.