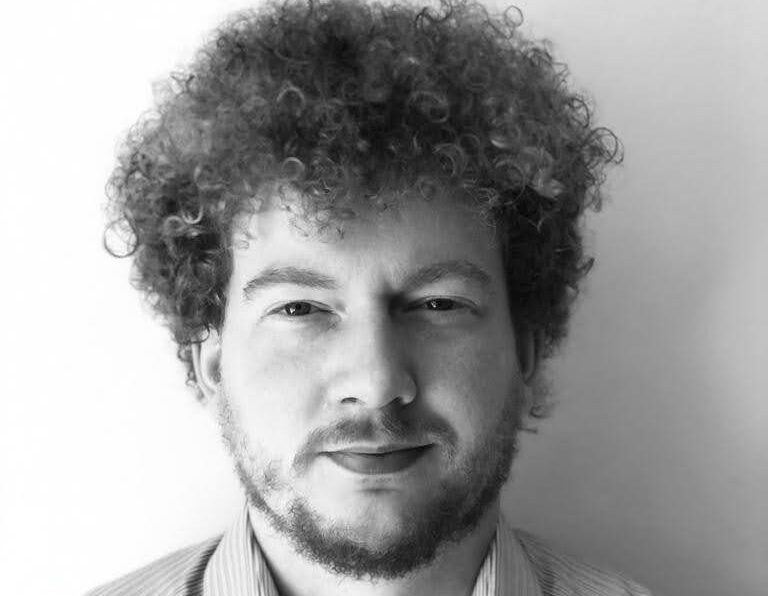 Having particularly enjoyed chemistry and physics at school, Dr Ross Donaldson initially set out to pursue a career in nuclear engineering, however, when participating in quantum research projects during his undergraduate degree at Heriot-Watt University, he unlocked an understanding of the potential application and impact of quantum technologies and switched paths. Following his undergraduate degree in Engineering Physics, Ross embarked upon a PhD in Quantum Communications, also at Heriot-Watt University, before holding two postdoctoral positions in quantum communications at the same institution. Ross later became a Royal Academy of Engineering Research Fellow, a position that he still holds today at Heriot-Watt University. We caught up with Ross to find out more about what interested him in quantum, what he’s working on at the moment and his hopes for the future.

It’s clear that you’re very passionate about your work, but what interested you in quantum and quantum communications in space in particular? It’s an optional direction, so what attracted you?

So, I guess it all started in high school for me, I was interested in science and, in particular, chemistry and physics. As part of a careers session, I discovered that a career in nuclear engineering matched many of my interests. It was topical at the time and I found nuclear physics, nuclear power and nuclear-powered submarines really interesting. I liked the idea of working in that field, which was quite different to quantum, and set out to pursue it. As I worked through my undergraduate degree, I took opportunities to work in the research labs, one of which was in electron spectroscopy, which was completely different to nuclear and completely different to quantum too, but it got me interested in research. The following summer I did a summer project with Professor Gerald Buller, who was my mentor at the time, and this project opened up the world of quantum and quantum communications to me. The courses I undertook in the following year at university built on this and really furthered my interest in quantum. I decided to do a PhD in quantum after my undergraduate degree and through this I got to know and understand the practicalities of quantum technologies. When I started my PhD, the Quantum Communications Hub had just entered its first phase and I could really start to see a future for the technologies, that’s one of the reasons I stayed in the field. For me it’s the vision and the opportunities that quantum offers that keep me interested and engaged. It was the technical side of the subject that got me involved initially, but essentially what I’m doing now is more about technology development and reaching out into different areas to do new things. Quantum communications in space in general is a really new field and the ability to do satellite development in just a couple of years, rather than it taking 15-20 years, is really exciting. Heriot-Watt is a great place to do this because Scotland is looking to grow in this area as well and there’s lots of different bits of expertise that can be taken advantage of.

I am working on developing practical ground receivers which will detect quantum signals from satellites, enabling quantum communications in space. Satellites are one element of a whole system needed for quantum communications in space, they have been the focus of research for more than 20 years, however, the ground receivers have been focused on less. Ground receivers are actually the costlier part of the system because they have many more elements and therefore to make the whole system more cost effective, they need to be cheaper. I’m coming up with ideas in the lab and working with companies to reduce the cost and complexity of ground receivers, while still maintaining the same or better performance of them.

I’m also looking at different technologies for Quantum Key Distribution by satellite. For example, I’m working on single photon avalanche diode detector array technologies, something that I worked on as a postdoctoral research associate in Quantum Communications Hub. These are advantageous over single pixel detectors to measure quantum signals as they enable us to track the position of the photons arriving at the detector enabling pointing and tracking, reducing the size, weight and power receiver modules.

I’m working on other things like novel photonic components, these can take multi-mode light and transfer into single-mode light, which allows you to reduce spatial and temporal noise, which is a really interesting and useful idea as, again, it reduces the size, weight and power of the receiver modules.

My fellowship essentially allows me to have more freedom in what I do, it’s really given me the opportunity to engage with companies and different research organisations off my own back and participate in startup projects. It saves money on projects, this is because I’m funded through the fellowship and don’t need to factor my wage into any funding applications, so again it gives me more freedom to work on what I what I want to. If I didn’t have the fellowship, there would be a lot more pressure on my time to do things like teaching and other academic duties, whereas the fellowship allows me a bit more freedom to focus on building up my research in the field and to focus on long-term goals. I still have to do some teaching and administrative duties because at the end of the day, after the five-year fellowship, I want to have a job in academia, so need to get the practice!

A typical day for me involves cycling in to work, then getting a coffee – that’s a very important first step! After this, I plan out my day, check my emails and then attend quite a lot of meetings including project meetings, external meetings and meetings with people to try to build up some ideas about what we can do next. Sometimes I spend time reviewing papers and work from students before cycling home again.

The obvious one for me is that I want satellite quantum communications to grow and I hope to be a part of that. I don’t want to just be moving alongside it, I want to be a person who’s really helping to grow the field, push the technologies that enable it and make it actually happen. I’m working on some really interesting stuff with companies and we’re already starting to see some of the benefits of the work we’re doing.

In general, I’m excited to see the applications of quantum technology in space develop as well. I’ve worked with people who are developing detectors and are working on things such as interstellar laser communications – being able to get high bandwidth signals from satellites which are traveling out to deep space!

Another big hope of mine is that the UK continues to grow the expertise and capabilities for space and quantum because we have huge strengths in both areas and I think they’re starting to come together, but there needs to be a bigger push for them to merge.

How close do you think we are to having quantum communications technologies operating in space and therefore in use as part of our everyday lives?

Well, quantum communications technologies are already operating in space; the Chinese have their Micius satellite in orbit and it is connected to their massive quantum network on the Earth. At the Quantum Communications Hub, and therefore in the UK, we are close, we will be launching a satellite, we are designing and constructing a ground station and are doing lots of science and design for these. In a couple of years, the satellite will be launched and demonstrations will begin.

In terms of widespread adoption and use, I think once the first satellites are up and the first ground stations are working, there will be an avalanche. There will be more and more satellites, more ground stations, more services and so on. So, it is close, but like everything, it just depends on money! As long as the money is there to do it and people are engaging because they have the money, it will happen soon.

I think the most important skills are the technical skills, they’re the things you really need in order to come across as knowledgeable and confident. However, the things I’ve probably worked on and developed the most beyond that are communication and presentation skills. When I was an undergraduate, I got quite nervous about giving presentations and speaking to people, but because I had such a huge amount of exposure to those situations, I developed my skills and now hopefully come across as confident, even if sometimes my heart is racing behind the scenes! I’d say these are the most useful and important transferrable skills that I’ve gained as they enable me to speak confidently with new people and make connections.

If someone was considering studying quantum or moving into a career in quantum I’d say that obviously you need to build up a foundational knowledge of the subject, but another very helpful thing would be to learn to code. If you’re interested in theoretical physics and quantum theory, being able to code would be really useful for you. However, if you’re more interested in the practical side of things, getting involved in labs and doing summer internships is a really great thing to do in preparation.