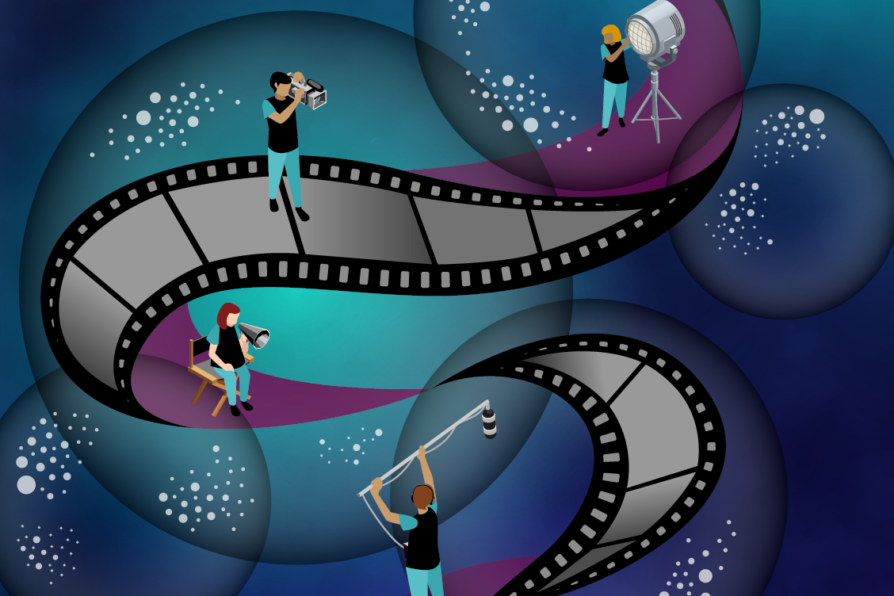 Quantum Shorts is an annual, international competition for creative works inspired by quantum physics. It is organised by the Centre for Quantum Technologies (CQT) at the National University of Singapore and supported by partners around the world.

The Quantum Shorts film festival is returning with a new call for entries. Organisers seek films up to five minutes long that draw inspiration from the quantum world and are asking filmmakers to show the world through a quantum lens.

The UK National Quantum Technologies Programme, through its Quantum City stakeholders, is supporting the competition as a scientific partner. We are calling all filmmakers from around the world, whether amateur or professional, to submit their entries!

Filmmakers can take their pick of quantum ideas to enter films or animations for a chance at international screenings and cash prizes. The festival’s website offers an A to Z guide to ideas from the act of observation to zero-point energy, with entanglement, computing and more in between. The film festival is free to enter and accepting submissions until 1 December 2020.

The festival judges are filmmakers, physicists, science communicators and museum professionals who form two panels to review submissions: first to select a shortlist of up to ten films, and then to decide the top prizes.

What do filmmakers stand to win? Quantum Shorts offers a US$1500 First Prize, US$1000 for Runner Up and a People’s Choice prize of US$500. The People’s Choice will be decided by public vote on the shortlist. All shortlisted films will also receive a US$250 shortlist prize and a one-year digital subscription to Scientific American.

Quantum Shorts welcomes as media partners Scientific American, the longest continuously published magazine in the U.S., and Nature, the international weekly journal of science. Scientific partners are the Dodd-Walls Centre, the ARC Centre of Excellence for Engineered Quantum Systems, the Institute for Quantum Computing, the Institute for Quantum Information and Matter, QuTech, and the UK National Quantum Technologies Programme.

Plans for events are contingent on local pandemic conditions in 2021, but Quantum Shorts hopes to work with scientific partners and screening partners to hold some live screenings of the shortlisted films. The festival will also be holding online screening events. Look out for details of events announced later.

The Quantum Shorts film festival can accept submission of films screened or posted online previously, as long as the first screening date is no earlier than 1 December 2018.

Submissions to Quantum Shorts can be entered via the website at http://shorts.quantumlah.org, which also features a full set of rules and guidelines. The deadline for entries is 23:59 GMT, 1 December 2020.