Toshiba’s Cambridge Research Laboratory is a world-leading industrial research centre dedicated to fostering innovation through basic and applied research in physics, engineering and computer science. A division of Toshiba Europe Limited (TEUR), it is a globalised corporate-level R&D organisation founded by Toshiba Corporation, Japan, and consists of two laboratories, the Cambridge Research Laboratory (CRL) in Cambridge and the Telecommunications Research Laboratory (TRL) in Bristol. Toshiba Europe has invested heavily in the development of quantum technologies in the UK for over 20 years with their interests surrounding photonic devices, such as single photon detectors, and their various applications in quantum technologies. The company has pioneered the generation of quantum light states using semiconductor quantum dots, demonstrating the first electrically-driven sources of single photons and entangled pairs. More recently there was a demonstration of these devices in practical quantum relay systems, operating on optical fibres at telecom wavelengths, while in parallel, TEUR have developed one of the leading prototypes for quantum key distribution (QKD), in terms of key rate, distance and resilience to noise from co-existent data channels.

Toshiba Europe has been a major collaborator of the Hub since the start in 2014, with Assistant Managing Director, Andrew Shields, having led an entire programme of core Hub work on quantum networking, throughout the first phase of the UK National Quantum Technologies Programme. The company was integral to the Hub’s work to establish the UK Quantum Network (UKQN), which connects metro-scale and long-distance optical fibre links for quantum communications. Specifically, their Quantum Key Distribution (QKD) systems were installed in the metro-scale network which was deployed between three of the University of Cambridge’s buildings and the Toshiba laboratory on the Cambridge Science Park; and in the long-distance links connecting Cambridge to Bristol. The company was also involved in the planning of the proposal for the UKQNtel arm of the network, linking Cambridge to BT’s Adastral Park. This followed a successful field trial that Toshiba Europe carried out with Hub partners BT, ADVA Optical Networking and the National Physical Laboratory, which saw the UK’s first successful trial of QKD technology over a live ‘lit’ fibre network, in 2014, prior to the establishment of the Hub.

Another area of strong collaboration between Toshiba Europe and the Hub was as part of the Hub’s work to investigate “next generation” quantum communications technologies. Toshiba engaged heavily in experiments on quantum digital signatures, quantum teleportation and Measurement Device Independent (MDI) QKD, including through a joint project funded through Hub Partnership Resource. The project (‘Autonomous System for Measurement Device Independent QKD’) sought to realise an MDI-QKD prototype that could operate continuously and with spatial separation of the two communicating parties, tackling challenges such as realisation of high-speed, real-time modulation of indistinguishable pulses from remote locations, and synchronisation of those remote locations.

In parallel to this, and alongside NPL, Toshiba Europe were significantly involved in the Hub’s work to generate industry-wide standards for quantum technologies. Andrew Shields was the Chair and co-founder of the European Telecommunications Standardisation Institute’s (ETSI) Industry Specification Group (ISG) for Quantum Key Distribution and led the work in the ETSI ISG on the characterisation of components used in QKD systems and the implementation security of QKD systems. Martin Ward, a Senior Research Scientist based at Toshiba’s Cambridge Laboratory, has now taken over from Andrew as Chair of the ETSI ISG.

Toshiba Europe are also taking part in a large-scale Industrial Strategy Challenge Fund (ISCF) project involving numerous Hub partners (NPL acting as lead, the Universities of York and Kent, CryptaLabs, ID Quantique, KETS Quantum, NuQuantum and TREL) and seeking to address the need for authoritative certification of the unique randomness produced by QRNGs and to overcome the existing important technological barriers to their commercial and industrial exploitation.

In addition to its research links with the Hub, Toshiba Europe works with a number of academic and industrial partners on several major collaborative projects including many funded through the ISCF and the EU.

Beyond the UK, the company is involved in the European Union Horizon 2020 funded OpenQKD, with Hub partners ADVA, BT, IDQuantique, NPL and the University of Cambridge. The project aims to create and test a prototype pan-European quantum network infrastructure that will experimentally trial the future security of critical data applications in the fields of telecommunications, health care, electricity supply and government services, and kick-start a European competitive QKD industry. As well as contributing to many collaborative projects, the Toshiba Europe team continues to provide the parent corporation, Toshiba, with breakthrough quantum communications technology manifestations that underpin many future applications. A recent example includes the company’s 2020 announcement of the ‘World-first Demonstration of Real-time Transmission of Whole-genome Sequence Data Using Quantum Cryptography’, a quantum secured cryptographic transmission of large-scale, highly confidential genomic data, using technology developed at TEUR.

TEUR recently established a Quantum Technology business division to commercialise their quantum communication technology.  They released their first products for QKD in Oct 2020, which have already been deployed in networks in UK, Europe, US, Japan and South Korea.  During 2022 they will launch a network for commercial QKD services in London in collaboration with BT. 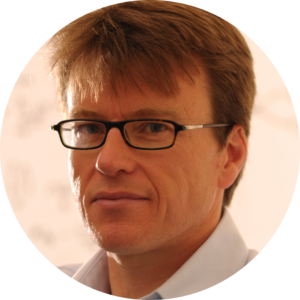 “Our association with the Quantum Communications Hub has been very valuable, allowing us to establish important collaborations with several academic and industrial groups in the UK.  It also provided a springboard for Innovate UK projects which have further strengthened these linkages.  We appreciate the great work they have done in fostering new quantum technologies and training the next generation of researchers that will drive its industrial take up in the future.” 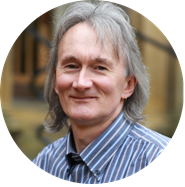 “Toshiba has been a key industry partner for the Quantum Communications Hub since the start of the UK National Quantum Technologies Programme. Their technologies and expertise have been crucial in establishing the UKQN. It is particularly pleasing to see them leveraging such previous R&D and now taking the next steps towards commercialisation of quantum communications.”