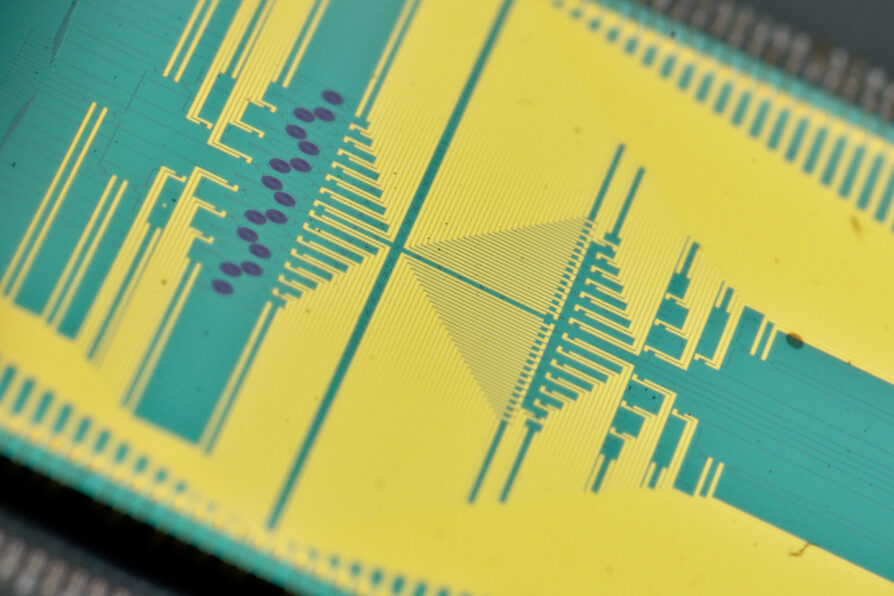 The UK Quantum Communications Hub has been awarded further funding of approximately £24M to deliver its vision of integrated quantum secured communications. Funded through the UK National Quantum Technologies Programme as part of a national network of four quantum technology hub consortia, the Quantum Communications Hub is currently completing the first phase of its five-year programme due to finish in November. Achievements during this period include the establishment of the UK’s first Quantum Network, a ground-breaking chip-to-chip quantum secured communication system for data encryption and other applications, the delivery of handheld or “commercial” short-range, free-space systems, and major advances in next generation quantum communication technologies.

The theme of the new phase of the Hub is one of expansion, delivering quantum secured communication technologies at all distance scales and offering a range of applications and services with the potential for integration with existing infrastructure. Technologies and methods widely used today will be vulnerable to emerging quantum computing technologies, so currently distributed, conventionally encrypted information with a requirement for long-term security will be at risk in the future. New “quantum-safe” practical and cost-effective methods have to be developed that are not vulnerable to any future quantum technology.

As part of the work plan for the next five years, the Quantum Communications Hub aims to deliver a wide range of technologies fundamentally based on the concept of Quantum Key Distribution (QKD) for the secure distribution of secret keys. During its second phase, the Hub will be engineering “many-to-one” flexible, handheld technologies to enhance practicality and real-world operation in short-distance communication scenarios. The UK Quantum Network (UKQN), a Hub established national facility for communications at city, metropolitan or inter-city scale, will be enhanced with added capability and new QKD technologies – using quantum light analogous to that used in conventional communications, or using entanglement working towards even longer distance fibre communications. A new programme of work developing ground to satellite QKD links will be developed to address longest distance communications, intercontinental and across oceans. Commercial QKD technologies for all distance scales will require miniaturisation for size, weight and power savings, and to enable mass manufacture. The Hub will therefore address key engineering challenges for on-chip operation and integration, while also establishing national capability, both in quantum communication technologies and their key components such as light sources and detectors. Finally, security – of devices, systems and end-to-end – will comprise a cross-cutting theme across all technology approaches incorporating work on metrology, calibration and industrial standards; cryptographic analysis of quantum and post-quantum technologies; and the undertaking of security analysis, vulnerability analysis and testing, and the development of countermeasures – all from the perspective of providing practical and secure applications and services.

The partnership is led again by the University of York and Professor Tim Spiller as the Director. As with its programme of work, the research consortium has been expanded significantly to include the Universities of Bristol, Cambridge, Glasgow, Heriot Watt, Kent, Oxford, Queen’s at Belfast, Sheffield, Strathclyde as well as the National Physical Laboratory and RAL Space. Industrial partners include BT, ADVA, ArQit, IDQ, Teledyne e2v, Fraunhofer UK, Toshiba, Cognizant, AAC Microtec Clydespace, Craft Prospect, and many more. The Hub project is being funded by the Engineering and Physical Sciences Research Council (EPSRC), part of UKRI.